Rostelecom suffers outage, blames router error - but may be caused by censorship failure

The Ministry of Digital Communications blamed the roughly 30 minute outage on malfunctioning routers, but comes as ISPs were told to slow the speed of Twitter.

Update: "Today's outages in Russia appears to have been caused by a bad substring match by Roscomnadzor," Doug Madory, director of Internet analysis at Kentik, said on Twitter. "Intending to block Twitter's link shortener t[.]co, Russia blocked all domains containing t[.]co, for example, Microsoft[.]com and Reddit[.]com." 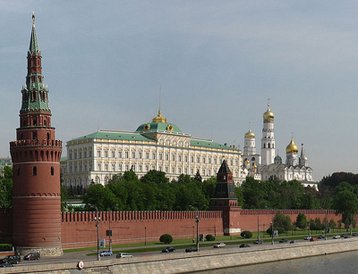 Among the websites brought offline were those run by the Kremlin, Security Council, Duma, and Ministry of Economic Development.

Rostelecom claims the issue is unrelated to new restrictions against Twitter, announced not long before the outage. Communications agency Roskomnadzor has ordered ISPs to slow down Twitter on all mobile devices, and half of non-mobile devices.

Roskomnadzor claims that Twitter failed to delete more than 3,000 posts containing illegal content. Twitter is currently being sued, along with other networks, for allegedly failing to delete posts urging children to take part in illegal protests.