Sabey Data Centers has broken ground on a new data center campus in Round Rock, Texas.

The company this week began construction on the new 40-acre site, which will span 430,000 square feet (40,000 sqm) across two buildings and provide up to 72MW at full build-out. The company is looking to launch the site in Q2 2023. 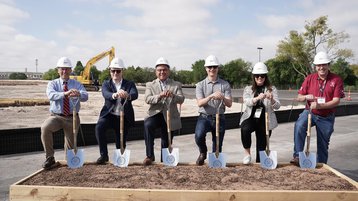 "This new market expansion reinforces the continued demand for digital capacity and is an exciting time for the Sabey organization," said Jeffrey Kanne, President and CEO of National Real Estate Advisors and Vice Chairman of Sabey Data Centers. "We look forward to deploying additional capital to support Sabey's efforts in the booming Austin tech hub."

Round Rock officials first announced Sabey was coming to the Austin area in February 2022, saying the company intended to demolish the old Sears Teleserv building located at 1300 Louis Henna Blvd. The company officially announced the development in April.

"Sabey is dedicated to meeting our customers' increased demand for digital infrastructure and thrilled that this market expansion will pave the way for future technology developments in the region," comments Rob Rockwood, President of Sabey Data Centers. "Planning with the City of Round Rock, Round Rock Chamber, and other valued partners has been a welcoming experience.”

The Sears building previously occupying the site was built in 2003. The 139,500 sq ft property was a Sears call center operated by parent company Transform SR LLC (aka Transformco) until it was closed in late 2020. 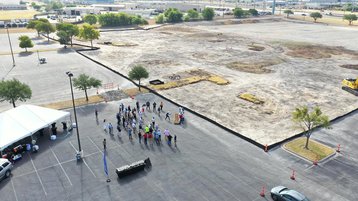 "Global companies continue to see the great opportunities available here in Round Rock and our region. From real estate to technology innovation, Sabey Data Centers will provide important digital infrastructure support well into the future," said Round Rock Mayor Craig Morgan. "As a community with a storied history of innovation and growth, we welcome Sabey Data Centers and their new campus development to the City of Round Rock."

Round Rock is home to Dell Technologies’ HQ, and Switch Inc. is developing a 1.5 million square foot data center on Dell land known as ‘The Rock’.

Sabey operates six data center sites across the US in Quincy, Seatle, and East Wenatchee, Washinton; New York City; Austin, Texas; and Ashburn, Virginia. As well as the new Round Rock development, 2022 has seen Sabey expand its existing facility in Quincy, Washington.