Samsung Electronics plans to build a new NAND flash factory at its campus in Pyeongtaek, Korea.

Construction began in May, with mass production of V-NAND memory expected in the second half of 2021.

Built in a flash 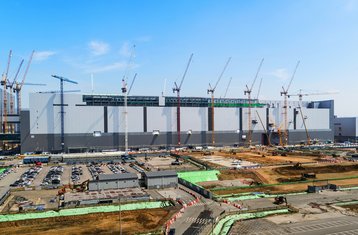 "We will continue to serve the market with the most optimized solutions available, while contributing to growth of the overall IT industry and the economy in general.”

Pyeongtaek is already home to two of the world's largest-scale memory production lines, with Samsung operating other factories in Hwaseong, Korea, and Xi'an, China. Its sixth generation V-NAND was announced last year, and aims to target smartphone and data center markets.

The company said in a statement: "In the age of the Fourth Industrial Revolution fueled by artificial intelligence, the Internet of Things and 5G expansion, the added capacity will play a major role in helping to address mid- to long-term demands for NAND flash memory."