Samsung SDS broke ground on the 39,780 square meter (428,000 sq ft) facility back in February 2018. It is the company's fifth data center in South Korea and is located 85 kilometers east of Seoul, in Chuncheon. It operates 15 data centers globally. 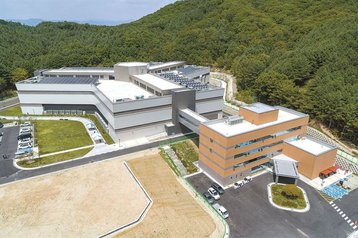 The head of Samsung SDS Hong Won-pyo said that the new facility is to aid in the growth of cloud services for the firm, and reduce its reliance on doing business with other Samsung affiliated companies.

Until May last year, Samsung SDS only offered cloud computing service to Samsung affiliates, but now the firm is seeking ways to diversify its portfolio at home and abroad, Yonhap News Agency reported.

“We aim to raise the total sales and ratio of (non-Samsung business) this year, which is a very challenging goal,” Won-pyo said in a press briefing at the facility.

“The Chuncheon data center that was opened recently is the ambitious work of Samsung SDS, and is expected to do much to expand our cloud business,” Won-pyo was reported by the Korea Times as saying. “We will contribute to raising competitive power of our clients by offering systems that will resolve problems they experience in applying could computing and operate applications.”

He added that the firm will expand ties with non-Samsung affiliates and raise total sales by diversifying its business portfolio including cloud computing, smart factories, big data and logistics.