A three-year phase for the National Science Foundation supercomputer

The San Diego Supercomputer Center (SDSC) has brought its Voyager system online, with the supercomputer now moving into an operational testbed phase.

The NSF has also helped pay for other experimental AI systems at other labs, including ones featuring Cerebras, SambaNova, and Graphcore chips. 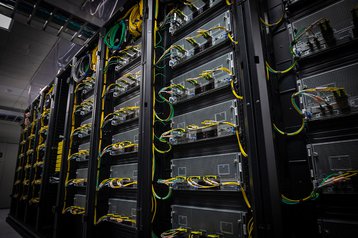 The supercomputer will now enter into a three-year testbed phase, followed by a two-year allocations phase.

The testbed phase will be guided by an External Advisory Board that will help recruit research groups. The project will also hold semi-annual workshops and user forums to share lessons learned.

“Artificial intelligence research is playing an increasingly important role across all areas of science, engineering research and education. Voyager, with its specialized hardware and software capabilities and deep engagements, can be a tremendous resource for the community, providing new research opportunities and driving innovation.”

Earlier this month, Habana announced it would launch successor chips to the Gaudi (the Gaudi2) and Goya (the Greco) later this year.