Cloud provider Scaleway is competing with OVHcloud's founder in a bid for cloud gaming startup Blade, which filed for bankruptcy earlier this year.

The court will decide which of the competing plans will proceed on April 30, with each investor offering a different vision for the future of Blade and its service Shadow.

More interest in Shadow than in Stadia 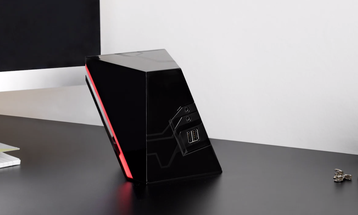 "Both have submitted proposals to the French admin judge on how they intend to keep the service alive."

Scaleway, France's second-largest hosting provider, merged its proposal with one by the 'KLABS' group, a pitch by six Blade employees led by CTO Jean-Baptiste Kempf. KLABS was unable to find funding for its own proposal, so has been combined with Scaleway.

In the proposal documents, translated on Reddit, Scaleway says that it would host Shadow in its facilities, with the service currently primarily served from Equinix data centers. 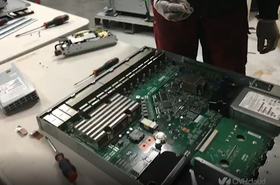 While customers wait for data after the SBG2 fire in Strasbourg, Klaba wants to help

But Blade may not actually be a part of Scaleway, and may instead be a separate entity under Scaleway's owner, the Iliad Group - itself controlled by French billionaire Xavier Niel.

With the group also owning local telco 'Free,' Blade could end up being marketed to the company's existing ISP subscribers, which totals in the millions.

The bid plans to maintain the service for gaming, albeit with a potential price range. But it also hopes to take advantage of the servers when they are not used by players, with the existing setup leaving servers idle 75 percent of the time. Instead, Iliad hopes to find new users in B2B and Education during the day, and HPC research at night.

Jezby is partnering with hubiC, a consumer cloud storage service that was launched by OVH but discontinued in 2018. The platform was moved from OVH to Jezby Ventures, with Klaba set to relaunch the service.

This is where they hope to use Blade, using its streaming technology as a core part of the new offering. Gaming would appear to no longer be a focus of the relaunched company, although the service will be kept online for a while.

HubiC plans to continue using the servers Blade uses, which manufacturer 2CRSI claims it is owed money on, and then will sell the hardware to OVHcloud. It will then rent it back from them.

In its bid, everyone at Blade would keep their job, with the exception of Jean-Baptiste Kempf, who leads the KLABS effort.

"Both Scaleway & OVH intend to keep Shadow alive, but their business goals appear to be different," Jijiashvili said. "Scaleway appears to want to keep the current Shadow service as its main focus (with plans to expand/improve it). OVH meanwhile seems to have broader plans, including white labeling."