Primarily due to factory closures

French electrical equipment manufacturer Schneider Electric has warned that the coronavirus impacted its quarterly revenues by around €300m ($324m).

The company, a major supplier of data center infrastructure, had to shut down factories in China amid the ongoing outbreak, but said that most were now reopened.

“It seems to me that the figures we get [coming out of China] are more encouraging," chief executive Jean-Pascal Tricoire told the Financial Times.

Eighty percent of the factories Schneider uses that were shut in China have now reopened. Around 15 percent of the company's revenues came from China in 2019. 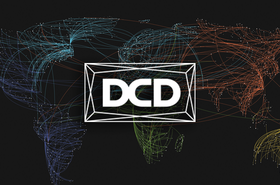 In response to travel restrictions arising from the Coronavirus outbreak, DCD is re-scheduling its 11th Annual Shanghai event to 8 September 2020.

Fears of the spread of the virus have led to global markets slumping but, at this early stage, it is hard to know the long term impact. It is also unclear how profoundly the virus will disrupt global supply chains.

Components that make up the data center supply chain are usually stockpiled, so manufacturing shortfalls are expected to be covered at least until March. Beyond that, it may depend on the duration and spread of the virus.

On Twitter, IDC researcher Linn Huang envisioned three potential scenarios: "Green light: this draws upon the SARS response playbook, where the peak of SARS epidemic was a momentary hiatus in China's incredible growth run. We take a bath in H1 but gain significant ground in H2, in no small part to Chinese stimuli and subsidies propping up the market.

"Yellow light: Supply chain recovery is a multi-quarter affair and doesn't kick into high gear until springtime. Market is balanced as we enter 2021. Unlike the green light, presumes worst is still ahead of us. This is our current forecast.

"Red light: Recovery is a multi-year affair. When the dust settles, supply routes are permanently rerouted, companies permanently close or adapt to new realities, significant industry shakeup, etc. This increases in likelihood if the vector is still accelerating 2 months from now."

Another market affected is the events industry, with many companies canceling or delaying shows amid uncertainty. Those affected include Mobile World Congress, and DCD's own Jakarta and Shanghai events, which were rescheduled.