Energy manager Schneider Electric will fund the training of more engineers and technicians in the UK as economic growth outpaces the supply of talent.

The vendor is to work with the Institution of Engineering and Technology (IET) to create what it describes as a ‘commitment to keep technical skills up to date’ through continued professional development (CPD). Details of the funding have not been released.

Schneider, which has 50 apprenticeships in the UK aimed at 16 – 25 year olds, will work together with the IET to create a tailored package of products, services, support and accreditation workshops, as well as being a professional Home for Life for employees at every stage of their career. It claims the partnership will enhance skills and elevate Schneider Electric engineers to a higher level of education and knowledge. Its scheme will also help it staff to network with other engineers from other industries, and exchange skills and experiences, it said.

Schneider’s Energy University, established in 2009, offers continual personal development through 350 courses. A series of road shows in April and May helped it to introduce all the local IET co-ordinators to every Schneider engineer and technician in order to start their journey to accreditation. 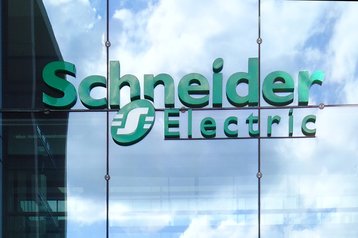 With nearly two million new jobs created in the UK and business confidence attracting inward investment, the high proportion (73.3%) of people in work could lead to a skills crisis if growth continues, according to Schneider.

The gap between skills needed and those available is one of the worst in Europe, exceeded only by Ireland, Portugal and Spain, it says.

In a study by the Institution of Engineering and Technology last year 60% of engineering employers feared the growing shortage of engineers would threaten their business in the UK.

In 2013, the Perkins Review called for urgent action to address what it described as ‘the UK’s chronic shortage of engineers’.

In December Data Center Dynamics reported that that the ‘skills gap’ facing the industry will continue will be of critical concern in 2015 with 93% of a sample group quizzed complaining about the shortage of qualified data center staff.