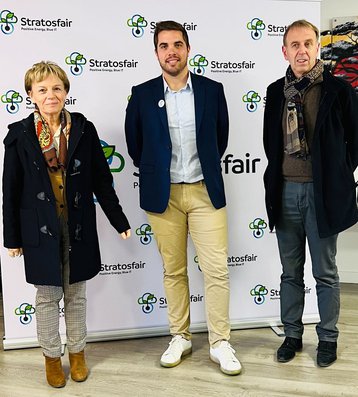 The Pontivy facility will combine solar energy, hybrid cooling, and waste heat recovery; it will be built from recovered containers and total 500 sqm (5,380 sq ft). It is due to come online in Q2 2023.

“I am a native of Plumelin, I studied in Pontivy and I talked a lot with the MCE Informatique store, also located on rue Kristen-Noguès,” Stratosfair CEO Bérenger Cadoret told Le Telegramme. “We also met with the communities, which have their role as facilitators, and all of this had a snowball effect. There are a lot of things to do in the area.”

The company was founded in 2020 by Bérenger Cadoret, and aims to deploy five data centers in western France targeting local businesses. It is working with Cegelec Angers Data Center, and says that its facilities will be 100 percent powered by renewable energy, and will have a PUE of 1.16. The company currently has one facility under development in Lanester, some 50km southwest of Pontivy.

"This is a project that is part of the territorial project, as part of the circular economy, confirms Bernard Le Breton, president of Pontivy Community. The idea is in phase with the idea of what we want to do. It’s a very good thing to interest businesses in the area.”