The 72MW campus will be built at an industrial estate in Bekasi, thirty miles East of Jakarta, and will be part-financed by investment company Temasek Holdings. The first phase should be operational by Q1 2023. 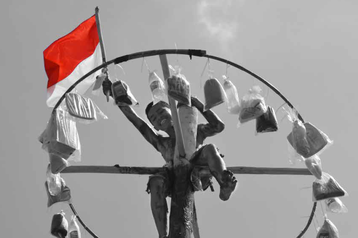 “This joint venture marks our strategic entry into the Indonesia data center market and is an important step for STT GDC to reinforce its position as a leading data centre player in Asia Pacific,” said Bruno Lopez, President and Group CEO, STT GDC. "Indonesia is regarded as the largest Internet economy in Southeast Asia, fuelled by the high consumer adoption rates of digital applications and services."

Triputra is an Indonesian conglomerate with interests in agribusiness, manufacturing, mining and trade, which now wants to get into the data center sector. With demand for cloud and Internet services growing in Indonesia, the digital economy is predicted to be worth $124 billion by 2025.

The Indonesian Government has set up an e-commerce roadmap, and global players are entering the market. Local telco Indonet has bought land for a large facility in Jakarta, while PT Telkom Indonesia has opened a new data center in Ulin, Banjarmasin. China's Tencent Cloud has opened a facility in Jakarta. Meanwhile, Facebook is backing two new transpacific submarine cables that will connect into Indonesia: the Echo cable also backed by Google, and Bifrost, being built with PT Telkom Indonesia subsidiary Telin and Keppel T&T.

The new STT/Triputra campus will be built at a business park - Greenland International Industrial Centre, which is at Kota Deltamas, Cikarang in Bekasi.

"We look forward to adding our proficiency in the local Indonesian market to help expand this business even further as we believe in Indonesia’s potential digital growth trajectory. More importantly, this will be a momentous milestone for Indonesia’s economy and we want to support the Government to make this happen,” said Arif Rachmat, Director, Triputra Group.