Oracle is the latest in a long list of cloud service providers to sign such an agreement with Tata Comms, whose cloud enablement platform already supports AWS, Microsoft Azure, Google Cloud Platform, Salesforce and Alibaba Cloud. 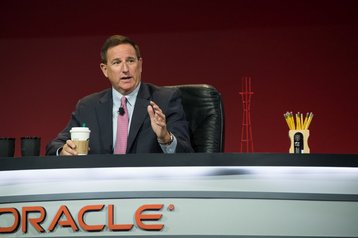 The service offers connectivity of up to 10Gbps, with private access through Tata Comms’ 400 Points of Presence and over 110 third-party data centers worldwide.

James Parker, Tata Comms’ chief revenue officer, said: “As organisations become increasingly dependent on the cloud and the threat of cyber-attacks continues to grow, our customers need a network that gives them ubiquitous, secure access to data and applications.”

“Our collaboration with Oracle is part of our mission to give our customers the connectivity they need to harness the power of the cloud to boost employee productivity, drive digital transformation and expand into new markets,” he added.

Despite its marketing efforts, Oracle has been struggling to establish itself as one of the major cloud providers. The company’s founder and CTO, Larry Ellison, long maintained that AWS’ lead in the cloud market was temporary, and that Oracle would soon take over, a vow CEO Mark Hurd has since repeated.

However, while AWS’ growth has slowed, the cloud giant still holds an outright majority share of the market, followed by Microsoft. In the third quarter of last year, Oracle reported year-on year cloud revenue growth of 44 percent, but, according to Bloomberg, failed to meet its ambitious targets.