European data center operator and investor Data4 has chosen Telnap Telecom as the first provider of telecommunications for its facility in Jawczyce, Poland.

As part of the agreement, Telnap will provide two independent dark optical fiber routes and teletransmission solutions for the data center in Jawczyce, reports IT Reseller via its Poland publication. 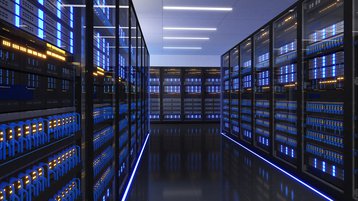 This will help to enable the implementation of optical fiber connections between Data4 and pretty much any other point in Warsaw.

The cooperation between Telnap and Data4 will last for up to 15 years. French firm Data4 broke ground on the data center campus in Jawczyce in late January 2022, its first campus in Poland.

"The scale of Data4's investments in Poland, as well as ours, one of the largest fiber optic networks in the Warsaw agglomeration, opens a new chapter on the DC market in Poland," said Przemysław Kuna, President of the Management Board of Telnap Telecom. "The signed agreement will enable us to offer Data4 collocation services to our current and potential customers."

Meanwhile, Telnap Telecom was founded 25 years ago and owns an optical network that stretches beyond 1,500km, supporting large and medium-sized enterprises.