Elon Musk has installed some batteries in the recently-battered state

Tesla wants to become an energy provider in the state of Texas, whose power grid suffered badly during winter storms earlier this year.

The company has filed an application with the Texas Public Utilities Commission (PUC), to become a “retail electric provider” (REP). In Texas, there are more than 100 REPs, who are able to buy wholesale energy and resell it to customers at competitive prices.

During the winter storm which shut down a lot of Texas' grid earlier this year, several REPs also went down, and wholesale prices went up from $50 to $9,000 per MWh according to Bloomberg.

The application is made for Tesla by its subsidiary Tesla Energy Ventures, and it's speculated that this could be a play to resell excess energy generated at home by Tesla customers with the solar panels included in the Powerwall product. With a flaky grid and volatile prices, it's easy to imagine this is a great money-making scheme: store the energy and sell it when prices are high. 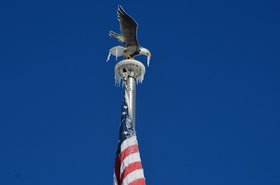 Solar panels produce an excess of energy during daylight hours, which must be stored in batteries and released when needed, if it is to displace fossil fuel generation from the grid. Tesla proposes that individual homes become power plants with the Powerwall storing their locally made solar power. Centrally-located batteries could gather any excess from that to sell it elsewhere.

Tesla has relocated much of its operations out of California and into Texas - and earlier this year began to build battery storage facilities in the state, notably at its factory in Austin and at Angleton near Houston in Texas.

These are described, respectively as "250MW" and "100MW" batteries, which sounds large, but it tells us how much power they can deliver - not the total energy they store. For that we'd need to know their capacity in MWh - the "h" denoting how many hours they can provide that many MW of power for.

Batteries typically only store enough energy for a few hours at their given power rating, and are intended for smoothing irregularities on a local basis. The Tesla batteries which were announced earlier this year are presumably in that category. So the 100MW battery in Angleton can provide "enough power for 20,000 homes on a hot summer's day" according to multiple reports. 20,000 is coincidentally the population of Angleton, and with a typical capacity, these batteries could power that town for a few hours.