A Texas judge has reduced Charter's punitive damages for its involvement in the murder of one of its customers.

A jury earlier this year decided that Charter Communications was liable for $7 billion after Spectrum employee Roy James Holden Jr., who stabbed 83-year-old Betty Jo McClain Thomas to death. It then destroyed evidence and forged documents in an effort to avoid culpability.

But the judge reduced the damages to $1.15bn, based on “evidence introduced at trial, the verdict of the jury, the voluntary remittitur of the plaintiffs, the written and oral arguments of counsel, and the applicable law.” 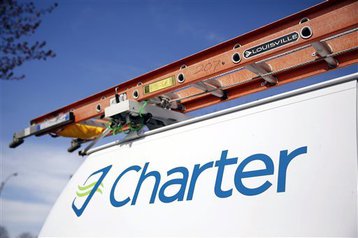 Spectrum cable repairman Holden visited Thomas' house to fix her fax machine, where he learned she had ongoing issues with her service. He then used his company key card to drive one of its vans to her house the next day, where she caught him attempting to steal her credit cards.

He then murdered her and went on a spending spree with her cards.

Holden pled guilty to the 2019 murder and was sentenced to life in prison. A civil lawsuit against Charter revealed that Holden had lied about his job history, but the company never checked to verify the details. If it had, he would have been disqualified for lying in a job application.

After being hired, Holden repeatedly turned to management for personal problems and told them he at one point thought he was a Dallas Cowboys player. He may have been sleeping overnight in his Spectrum van.

Lawyers representing Thomas’ family presented evidence that Charter Spectrum techs were responsible for more than 2,500 thefts against customers over several years before the murder, as well as beatings, sexual assault, and other violent crimes. Charter refused to investigate thefts or report them to the police.

Following the murder, Charter destroyed video surveillance and tracking information on Holden. The company was found guilty of contempt for failing to produce other documents.

When the lawsuit launched, Charter tried to compel the case into arbitration using forged terms of service documents it said Thomas had signed.