As well as leaving thousands without power amid freezing temperatures

Local utility Austin Energy is believed to have left around 200,000 customers without power during a brutal winter storm impacting every county in Texas.

Statewide, more than two million were left without power on Monday, as temperatures dropped as low as -7.6°F (-22°C). Governor Greg Abbott has issued a disaster declaration, while The White House has issued its own federal emergency declaration for Texas.

Read - why one Texas data center opted for bi-fuel backup

Stay inside and stay warm 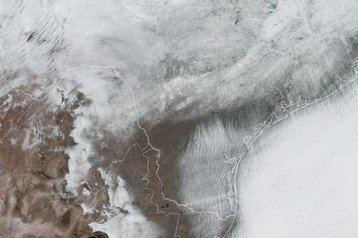 The Austin city data center went down from early morning until roughly 3pm local time. Residents were unable to use the city's websites, while the non-emergency municipal services hotline 311 was also brought down. City employees used the data center VPN to access city documents and receive 311 calls.

The facility is still without grid power, and has moved to running off of generators until power is restored.

The Electric Reliability Council of Texas has recommended that utilities enact rolling outages to deal with the rise in demand, and the shortfall in supply.

Politically-motivated voices have tried to pin blame for the supply issues on wind farms, as some of them had to shut down due to freezing temperatures. But while wind power generation is down, it was only expected to provide around 25 percent of the state's power.

Far more to blame was a drop in gas supply due to the cold conditions, and forced outages among a number of thermal power plants. Around 30GW of primarily gas-fired capacity is thought to be offline. Additionally, as Texas operates its own grid, importing supply is difficult.

It is not yet clear how many data center providers have lost power, with most likely to have on-site generators and hours of diesel fuel to keep them going throughout limited cuts. However, a number of regions have shut down roads, making diesel resupply potentially a challenge. For those still running off of the grid, prices may have risen substantially - with wholesale market prices on the power grid operated by ERCOT climbing as high as $11,000 per megawatt, up from around $100/MW. Update: For more, see this piece on how Digital Realty is staying online.

The Dallas Fort Worth region is home to one of the world's largest clusters of data centers, with around 347.4MW of IT load.

End user network connectivity has also been impacted, with T-Mobile and AT&T saying the harsh weather has hit services.