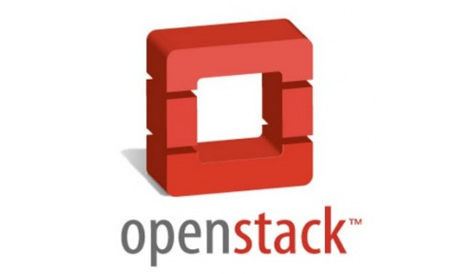 FOCUS: Alan, what is your background and how did you come to be involved in the OpenStack foundation?
Alan Clark: I have been involved in this industry for several years, and worked in a lot of different industry forums. I have been on the board of directors for the Linux foundation for six or seven years, which was a great opportunity to work with the Linux kernel community and other open source enthusiasts.

I was also chair of the OpenSUSE project and worked with that community for a couple of years and have been involved with the KDE PIM community (which is working on a suite of applications to manage personal information).

It has been fun to work with the upstream community and to be involved with how open source software gets created, then part of communities like OpenSUSE, where they take the upstream efforts, combine them and produce a community release and distributions.

For the last year I have been involved in the OpenStack community and last fall, around September, we launched the OpenStack Foundation, and the board of directors elected me to be chair of this.

You must have seen a lot of change in the open source movement throughout this time?
You are right. While working for and with SUSE I was lucky. SUSE has always had an open source mindset. But a lot of companies have not.

That has now really shifted – especially in the last two to three years where pretty much everyone recognizes that open source is now the way to go. Companies now realize that open source has to be a part of at least their development model, if not the whole process.

Why do you think the industry has moved in this direction?
The model offers great benefits. It enables you to produce better software in a faster manner. You also have the argument against vendor lock-in which open source overcomes.

If you look at OpenStack, it has had a huge momentum. We have more than 800 people contributing code, 8,000 community members and over 150 companies that are sponsors and gold and platinum members. There are additional companies and organisations contributing but 150 corporate companies are signed up. If you are a single company trying to complete with this, then that is tough. You have to hire a lot of people just to get the same momentum OpenStack can.

So rather than compete, many companies have decided to join the bandwagon and collaborate, or leverage the work done by the OpenStack community. This is the big thing driving people to join OpenStack.

Where you expecting OpenStack to grow so fast?
Actually yes, I did. But I have to admit I have been surprised by how large it has grown. I knew it would grow. We hit a sweet spot where not only was it the right time but the right technology. Once the ball started rolling it picked up speed.

Apart from code, what do you think OpenStack’s main contribution to the industry will be?
The cloud is still in its infancy but I think OpenStack is hoping to define the future of cloud. What cloud will be like in five to ten years will be very different to what we have today.

There are other things happening in the industry and the OpenStack project is able to lock on to those new ideas and adopt them very quickly and that will help drive the definition of cloud.

I heard from a software player recently that speed of adoption is important for such initiatives. They say once you develop something you need to have it released and adopted as soon as possible to get the greatest benefit. This is what motivates developers.
I like the way that is stated. Once you innovate, you can innovate more.

OpenStack is doing a release every six months. We have Grizzly coming out in April, which will contain over 200 blueprints with major enhancements. (Grizzly will build on OpenStack’s infrastructure capabilities with, it is rumoured, new billing software and Data-base-as a-Service among other new features based around services). It will also have enhancements for additional technologies that have either completed incubation and are now being integrated. Things such as networking, management, scheduling algorithms, compute cells, ways to distribute data bases and so forth.

There is just so much happening. To be able to produce our own offering in predictable iterations makes for quick adoption.

Can you then predict how the Cloud of the future will look?
I don’t know what it will look like but I believe the Internet of Things – one of those terms you hear passed around in some pub – will be driving it.

Take the automobile for example. It will be full of sensors, and they will be producing all this data about your car - if it is running well, if the oil needs changing. That information is very exciting, not just for you as a car owner but for the guy who sold you the car, your mechanic, etc. That data needs to be processed somewhere, and the best way to do it is in the Cloud.

There will be so much information we will be able to capitalize on to improve our lives, it is just going to explode. It is very exciting.