US dismisses all charges against Huawei CFO Meng Wanzhou

After a lengthy and diplomatically-fractious few years

A US judge has dismissed an indictment against Meng Wanzhou, the chief financial officer of Huawei, and daughter of company founder Ren Zhengfei.

Meng struck a deal last year for the charges to be dismissed this month, four years after she was arrested in Canada on a US warrant. 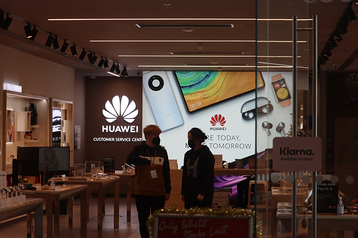 She had been accused of committing bank fraud to mislead HSBC into providing services for a Huawei division that was violating US sanctions in Iran.

As part of the deal, Meng acknowledged that she made false statements to the bank about the company's dealings in Iran.

Huawei as a whole has pleaded not guilty to similar charges.

Meng had been held under house arrest in Canada until the deal was signed last year. Soon after, China released two Canadians it had been holding that it arrested soon after she was detained - but at the time claimed was unrelated.

The Huawei executive is now the company's rotating chairwoman, deputy chairwoman, and CFO.

Huawei has repeatedly been accused of being a national security risk in the US, a charge it denies. After several smaller bans, last month the US banned sales of the company's equipment in the country.

Last week, the US government alleged that China pressured Brazil to reverse a similar ban in return for Covid-19 vaccines.