US federal CIO Kundra to leave White House for Harvard 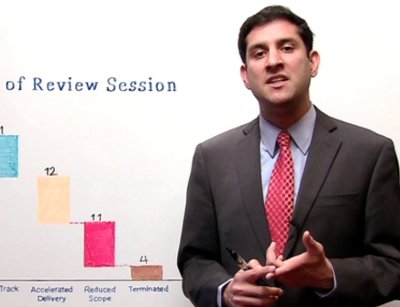 Vivek Kundra, the first federal government CIO in US history whom president Barack Obama appointed about 2.5 years ago to reform the government's inefficient and budget-hemorrhaging IT infrastructure, is leaving his current post for a fellowship at Harvard University.

According to a post on the White House blog, Kundra will leave in mid-August to become a joint fellow at Harvard's Kennedy School and the Berkman Center for Internet and Society.

While working for the Obama administration, Kundra has been charged with addressing complex federal IT issues, including an aging infrastructure, consistently failing projects and growing threat vulnerability. "Two and a half years after joining the administration, Vivek has delivered on that promise," the blog post read.

One of Kundra's achievements cited in the announcement was cutting spending by US$3bn. Other achievements were a move toward greater use of cloud computing and strengthening the government's cybersecurity posture.

The news comes only about six weeks after Kundra announced that a massive project to consolidate federal data centers had reached a significant milestone. In April, he said government agencies had completed implementation plans for shutting down more than 800 data centers by 2015.

About 140 data centers are expected to be shut down in 2011, many of which have already been shuttered.

Kundra kicked off the reform initiative in September 2009, announcing its two cornerstones: data center consolidation and cloud computing. In December 2010, he released a detailed 25-point implementation plan for the reform.

In addition to infrastructure consolidation and shift to a cloud-first policy for procurement of IT services, the plan includes increased focus on the use of best practices by federal agencies, inter-agency collaboration and changes in the way the government spends its IT budget.

In a presentation at a White House forum in April, Kundra said seven of the 25 deliverables had been completed, five were on track to be completed and two were behind schedule.