Walmart is partnering with Microsoft in a bid to buy TikTok's US division.

First reported by CNBC, the bid is the latest move in the current war surrounding the forced sale of the video-sharing app's US operation, ordered by President Donald Trump. An Executive Order has said that the app will be blocked from the US market unless it is sold to a US company by mid-November. The deal is predicted to be for between $20 billion and $30 billion. 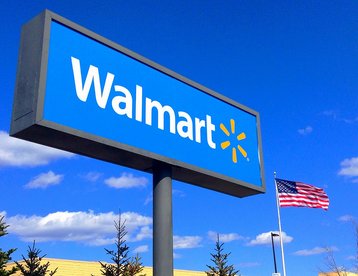 Walmart is expected to pay said in a statement: "The way TikTok has integrated e-commerce and advertising capabilities in other markets is a clear benefit to creators and users in those markets. We believe a potential relationship with TikTok US, in partnership with Microsoft, could add this key functionality and provide Walmart with an important way for us to reach and serve omnichannel customers as well as grow our third-party marketplace and advertising businesses. We are confident that a Walmart and Microsoft partnership would meet both the expectations of US TikTok users while satisfying the concerns of US government regulators."

According to the Financial Times, Walmart’s shares rose five percent when news of its joint-bid with Microsoft got out.

Walmart joins several other companies trying to acquire the tech company, including Oracle, a bid which President Trump apparently favors.

If the duo, Walmart and Microsoft, acquire TikTok then they will have access to millions of accessible consumers for ads.

Meanwhile, in the UK, the British Government may also join the US in imposing a ban on TikTok. Any decision is subject to a review by the PM’s chief of staff, Eddie Lister, who is said to be attempting to find out whether TikTok poses a security threat like Huawei. A source told Bloomberg, that although it's unlikely the company will get the US treatment, the British government may stop TikTok moving British users’ data out of the country.

The company currently stores data in the US and has a backup in Singapore. TikTok also announced plans to build a new site in Dublin for its European data.