The company said two more facilities are set to launch soon in Cape Town, while its existing data center in the city of Durban is set to be expanded. 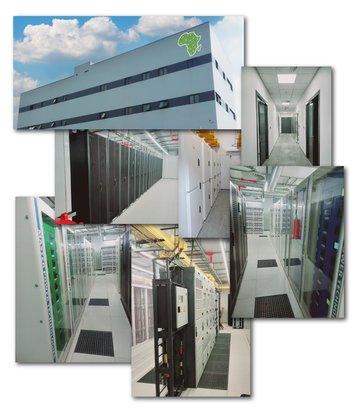 In Nigeria, the pan-African data center operator said this week that its facility in the Lekki area of Lagos is now operational.

Sitting on a four-hectare site, the facility is planned to support up to 20MW of site load across more than 7,200 sqm (77,500 sq ft) of white space; enough for 3,200 racks. Google’s Equiano subsea cable also lands at the facility, which is reportedly scalable up to 40MW.

OADC also said that by mid-2023, the company will have rolled out more than 10 of its 0.5MW, 50-rack Edge data centers in Nigeria.

The company has also deployed a new data center in the Isando area of Johannesburg in South Africa.

Two new data centers in Cape Town are set to become operational soon; with one coming online in Rondebosch in December, and one in Brackenfell in January 2023. Both facilities have been configured with an initial 1,000 sqm (10,750 sq ft) of IT white space, can be scaled up to 800+ racks, and have site loads of up to 5MW and 3MW respectively.

Phase 2 of OADC Durban will also be operational by mid-December 2022, adding a further 110 racks. The Meta-led 2Africa submarine cable is scheduled to land at the facility in January 2023.

As well as the Lagos site, a third facility in Mogadishu, Somalia, was due to come online ‘before the end of 2022', but the company hasn’t made mention of it in recent announcements.