The University of Texas has laid claim to the title of the world's fastest academic supercomputer, launched officially today after months of fanfare.

The Frontera supercomputer, part of the university's Texas Advanced Computing Center (TACC), was the fifth most powerful computer in the world, according to computer power rankers at Top500. 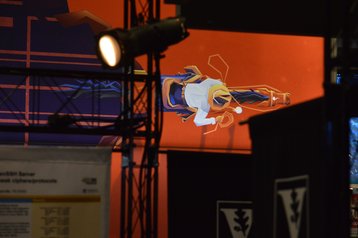 "Frontera is unique among the top systems in the world in its use of Intel Xeon processors to provide its primary computing power," said Intel in a written statement today.

"Intel x86 architecture is the most widely used standard in computing, and requires fewer changes to scientific software codes to run," it said.

The computer would run 448,448 processor cores in 8,008 dual-socket nodes, with 56 cores per node. It came in world rankings behind the Chinese National University of Defense Technology's Tianhe-2A (milky-way 2). The TH2 was built from Intel Xeon E5-2692v2 processors, with nearly 5 million cores, and theoretical peak performance of more than 100 petaflops. Behind Frontera in the rankings was the Swiss National Supercomputing Centre, with about 27 petaflops on 387,872 cores.

It intended to double the computer's power in five years when a second tranche of money had been promised by its backer, the US government's National Science Foundation. The agency put up $60m.

The Texas Computer Center said the system would be used by scientists in universities across the country, for things such as modeling the universe and the environment.

University professors from around the country said it would be used to develop drugs and materials to generate solar power, and simulate clashes between neutron stars. It would do data analysis for CERN, nuclear fusion research, and precision agriculture studies, according to an Intel case study.

The supercomputer would be integrated with cloud services from Amazon, Google and Microsoft, said the University.

"We need systems like Frontera to answer the big questions of our time, such as the sustainability of the environment and renewable energy," Robert Gardner, a research professor in the Enrico Fermi Institute at the University of Chicago, said when plans for Frontera were published last year.

"We have to continue to work on frontier science and everything that comes after it, and we can't do that without computation," he said.

"Instead of supporting thousands of projects, we'll have a few hundred that have an extraordinary computational need and massive scale of computation."