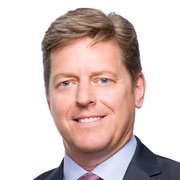 Big changes rarely happen suddenly. According to a study in the journal Nature, as reported by the publication Climate Home News, for example, global climate change has been underway since the Industrial Revolution began to – literally – gain steam in the mid-19th century. Citing 2,000 years of paleoclimate data, roughly a historical record of global temperatures, the study authors identified the exact moment the Earth’s temperature began to rise. It was December 4, 1830. A small steam locomotive set out on the world’s first intercity rail journey, traveling between Liverpool and Manchester, England.

Study co-author Dr. Helen McGregor of the University of Wollongong in Australia, said the study determined that “The early onset of warming detected in this study indicates the Earth’s climate did respond in a rapid and measurable way to even the small increase in carbon emissions during the start of the industrial age.”

The change was small at first. By the end of the 19th century , the study shows, rapid industrialization and other factors had increased the amount of carbon being pumped into the atmosphere by about a relatively paltry 15 parts per million. By comparison, the increase since the beginning of the 20th century has been more than 100 parts per million.

Yet even by the end of the 19th century, that small amount of additional carbon was enough to raise global temperatures by a few tenths of a degree.

So, climate change has been with us for a while. Conversely, the concerted, global effort to reduce carbon emissions and reduce the impact of climate change is only a few years old. So perhaps it is not surprising to find that, at least according to some sources, these initial efforts – especially the increased focus on carbon reporting - are falling a little short of their ambitious goals, primarily because current carbon measurement and reporting standards are imprecise and sometimes open to interpretation. A striking example of how difficult it is to compile an accurate, actionable dataset when the numbers being used are generated using differing standards.

The US Securities and Exchange Commission apparently recognizes that reporting standards need to be bolstered. In March 2022, the SEC issued a 500-page proposal for new reporting standards that would impact the entire commercial real estate market, including data centers.

According to Patrick Callery, assistant professor of management at the University of Vermont, and industry analyst Chelsea Hicks-Webster, writing for the Network for Business Sustainability, there are several steps that could be taken to improve the entire carbon reporting structure, including focusing on actual carbon emissions rather than some potentially vague standards, and ensuring accurate carbon tracking over time.

In short, what’s needed is a set of universally accepted standards for emissions monitoring and reporting based on reliable, accurate data from the source of the emissions. The data center industry, long considered one of the major sources of global carbon emissions and one of the largest energy consumers, is currently implementing an innovative, comprehensive initiative to not only ensure the accuracy of carbon emission data, but also reliable tracking over time.

The data center industry recognized this call to action with a collaborative response to reducing its carbon footprint that was crystalized with the launch of the iMasons Climate Accord. Announced in April 2022, the Accord brings together key industry players to promote global accounting of digital infrastructure. Members of the accord pledge to promote global carbon accounting of digital infrastructure, providing critical data that could drive the industry to achieve carbon neutrality.

Critically, the Accord lays out a number of specific steps to provide transparency, traceability, and accountability of a data center’s carbon history. For example, installation of an open standard CarbonTrack QR code label on data center devices and infrastructure, to record historical changes impacting carbon emissions, such as maintenance or component replacement. Similar labels installed on a data center structure would provide the total embodied carbon of all construction materials and products that make up that data center, including any changes such as retrofits, expansions, and product replacements over the structure’s lifecycle.

As the global digital transformation continues to accelerate, the need for safe, efficient and sustainable data will only continue to grow

The Maturity Model proposed in the Accord would help provide a standardized rating system to show the progress of reducing source power carbon and embodied carbon in materials, products and power.

One of the foundational elements of the iMasons Climate Accord is devising a set of universally accepted standards for measuring and tracking carbon emissions. CarbonTrack provides the technology to monitor, share, report and manage emissions data. The system collects data from monitors installed at strategic locations throughout a data center – including on individual devices and even the structure itself. A dashboard and app enable staff to monitor, track, manage and report emissions data based on a previously agreed-to standard. This ensures the reliability and relevance of carbon reporting. The goal is to identify opportunities for reducing energy use or seeking alternative sources to reduce the facility’s carbon footprint.

Working together to change the world

If data center developers and operators are to become the hub of sustainability efforts within the infrastructure industry, they must work with customers and partners to help them manage and reduce their carbon footprint.

In the partnership realm, there are products that can work within a data center environment to identify opportunities. There are 24x7 carbon management platforms that give NGOs, government agencies, businesses and organizations the accurate information they need to reach net zero. At least one even monitors power consumption and helps the data center operator identify opportunities to maximize utilization of power across various zones of the data center. This allows identification of stranded power in existing data centers which can then be unlocked to reduce total energy use. As the global digital transformation continues to accelerate, the need for safe, efficient and sustainable data will only continue to grow.

The good news is that concerted, collaborative industry-wide efforts like the iMasons Climate Accord along with individual partnerships, hold the promise of making the data center industry a part of the solution, not the problem.