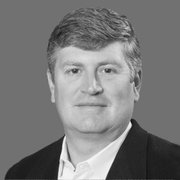 Highlights from the International Colocation Club

The recent Innovation Day: International Colocation Club, hosted by Schneider Electric, in San Francisco showed how much there is to look forward to in the colocation industry, between continued growth and new technologies like microgrids and liquid cooling.

Held in conjunction with DCD>San Francisco 2019 , the ‘Colo Club’ event featured third party speakers such as 451 Research and Google, presentations from Schneider Electric’s own data center experts, and plenty of networking opportunities for attendees to learn from one another.

The Colo Club is a global community of colocation providers who share ideas, make connections, and demonstrate the value of a business partnership with Schneider Electric. We have three goals with these events:

The San Francisco event did not disappoint on any of those fronts. Guest speakers included Kelly Morgan, VP Research and Services, 451 Research. She presented a picture of continued growth for the colocation industry, driven in large part by cloud providers, especially outside the U.S. While the data center sector saw an overall compound annual growth rate (CAGR) of 4.5% from 2013-2018, the cloud sector grew at a 21% CAGR while multi-tenant data centers grew at grew at 11%.

Among the drivers for that growth is Machine Learning (ML), as nearly 50% of respondents to a 451 survey were either already using ML or planned to within 12 months. The Internet of Things (IoT) is likewise driving capacity, as 71% of survey respondents had IoT in use or in pilot.

Data center density is also rising, with cloud providers reporting densities of 7-10kW perrack. The majority (about two-thirds) of data center operators report having at least some 10kW racks.

A Fresh Look at Liquid Cooling

Increasing densities is one reason some data center owners are taking a fresh look at cooling technology, including liquid cooling. Kevin Brown, SVP Innovation and CTO for Schneider Electric, said.

To date, effective use of air-cooled systems has staved off the need for liquid cooling, but some trends are making that more difficult, including increasing chip densities. Last year, he noted, we saw chips with a thermal design power (TDP) of 200-300 watts. Since then even more powerful chips have been announced, including the Intel Xeon Platinum 9282, which has 56 cores and a TDP of 400W. These densities will begin to require liquid cooling, which involves bringing coolant either directly to the chip or immersing components in dielectric fluid.

On top of chip density, other drivers include energy consumption (liquid cooling can provide a 30% savings) and space constraints, as liquid cooling systems require about 3 times less space than conventional systems. They’re also a fit for harsh IT environments and data centers subject to water usage restrictions. (To learn more, check out our White Paper 279, Five Reasons to Adopt Liquid Cooling).

Among the reasons he cited to consider microgrids for data centers:

I found the peak demand shaving idea particularly compelling. With the right UPS and lithium-ion batteries, it’s now possible to avoid peak demand charges by using UPS battery power to power IT gear at peak energy use times. In essence, you rely on software to maximize energy use by telling you when to employ the UPS battery power. And it’s smart enough to use only a portion of the battery power, ensuring you always have enough reserve for full backup time. You can think of it as software-defined power.

What Google Wants from Colo Providers

Google’s representative was Gary Demasi, Sr. Director of Data Center Energy and Location Strategy for the company. (The fact that Google even has somebody with that title speaks volumes.) His presentation, titled What the Biggest Cloud Providers Need from Colocation was straightforward.

More Insights for the Colocation Industry – to come!

These were just a few of the highlights from the event. Other interesting topics included: requirements of cloud providers from colocation owners, modular data centers, edge computing, 5G and the on-going implications for the colocation industry. We will continue to explore these topics discussed from the 2020 Colo Club in future blog posts.

As a parting gift, I leave you with this video interview in which I’m featured with some of my thoughts about software-defined data centers, software-designed power, and how AI can help bridge the skills gap the data center industry is currently facing.

This article originally appeared on the Schneider Electric blog