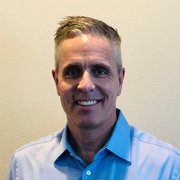 John McCloskey is SVP of hyperscale & cloud at CyrusOne

When thinking about highly coveted data connectivity locations, most would not assume that Council Bluffs, Iowa, is the epicenter for investment. However, as a result of 19th-century political tensions and the transcontinental railroad, the “Silicon Prairie” or 41st parallel position in Council Bluffs has unmatched access to high bandwidth, low latency connectivity.

How does a location, seemingly in the middle of nowhere, have massive investments from technology behemoths such as Apple, Microsoft, and Google? The answer lies in pre-Civil War America, where congressmen unknowingly set a location that would one day become a high connectivity, data center hub. 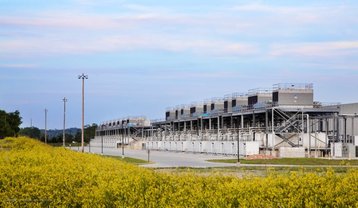 The first transcontinental railroad hugs the 41st parallel, running from Council Bluffs to Sacramento. In 1853, American congressmen debated establishing different routes for the tracks. Jefferson Davis, U.S. Secretary of War and future Confederate President, pushed for the railway to link New Orleans to San Diego because it was a shorter distance and had lower operational costs.

The debate continued until the South ultimately seceded in 1861, and Northern politicians voted to build the railway on the 41st parallel, starting in Council Bluffs, Iowa. The small town was an optimal site due to its proximity to the Platte River valley. The area offered a relatively easier 600-mile trek to the Rocky Mountains and plenty of water for steam-powered locomotive boilers.

Large-scale telecommunications companies placed fiber-optic infrastructure on the 41st parallel, as a result of the proximity to the railroad. Beginning with Western Union, telecommunications businesses have placed their lines along the railroad as it represents the shortest distance between coasts and the easiest negotiations.

The Pacific Railway Act of 1862 put land rights in the hands of the Union Pacific Railroad, instead of local governments, which established easier negotiation methods for telecommunications companies. If a firm wants to acquire access to the area or implement fiber-optic infrastructure, they only need to approach the Union Pacific Railroad, as opposed to negotiating separately with thousands of private landowners, stretching from the Great Plains to California.

The rise of Silicon Prairie

The positive benefits of building a railroad on the 41st parallel are similar to why data center firms are flocking to the same destination. In addition to taking advantage of the massive amount of fiber-optic cables, data centers also utilize the Platte River water supply for cooling efforts.

Hyperscale data centers are capitalizing on 41st parallel’s fastest east-west, highest throughput fiber-optic connection in the United States. Data center campuses are continuing to pop up in Council Bluffs due to the location's ability to handle high volumes of data, and its proximity to the public cloud and cloud platform providers, who are also heavily in Silicon Prairie locations.

Setting data centers in the middle of the country makes it easier to distribute content to major markets and move data seamlessly to either coast. Additionally, the state of Iowa is inviting for data centers due to the relatively low costs for land and utility power, and tax incentive programs.

In sum, just as American towns cropped up as service points and outposts along railways in the 19th century, telecoms, data center builders, and Internet Age goliaths are flocking to the rail to build their highly-connected infrastructure in the 21st century.