Digital dependence has been sped up by Covid-19 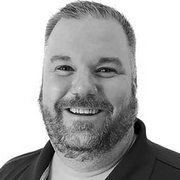 Now more than ever robust business systems are needed to continue providing resources and information to your customers and employees. A physical infrastructure that supports Edge computing will give you remote real-time visualization, security, and reliability when it’s needed most. 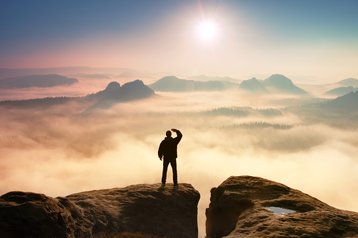 Separating Edge computing facts from buzzwords and jargon is key to implementing it efficiently and at scale.

Let’s walk through what Edge computing is, its benefits to companies and people, and the four physical infrastructures that support it.

Remember ten years ago? Facebook was this fairly new thing that all the kids did, and mom and dad were recently exposed to. Twitter was 140 characters of new hotness.

And then there was this buzzword that everyone used but couldn’t quite explain: “the cloud.”

It was largely an analog-first world for many sectors of the population, who were still assimilating to the digital transformation. The novelty of new tech and its application to everyday life helped to mitigate data usage and UX expectations.

Grandma and Grandpa are sharing memes on Facebook from their phones.

The kids often rely on new, video-first platforms like Snapchat and TikTok as their primary method of communication.

Twitter has become the 280-character megaphone preferred by reporters, celebrities, and politicians.

And “the cloud?” It evolved from buzzword to blueprint in terms of how we all store data.

The trends are clear.

People will continue to integrate more and more digital elements into our daily lives.

And with the current Covid-19 stay-at-home mandates, surging data consumption is pushing the bandwidth and performance limits of what our current digital infrastructure can sustain.

For example, political leaders in the EU had to request that Netflix and YouTube to scale back their network utilization by reducing video quality so the Internet didn’t collapse under the strain of unprecedented usage due to the coronavirus pandemic.

All of this begs the question: What will the next digital evolution be and how can we be prepared?

Sometimes, the best way to plan for the future is to look to the past. We have to ask ourselves “What is the modern day technology that will replace all-in “cloud” strategies?

The answer is “Edge compute.”

Industry thought leader Rajashree Rao succinctly defines Edge computing as “the practice of collecting and analyzing data where it’s generated – at the network edges.” In other words, pushing the compute power of the cloud closer to the end user.

And here’s why it’s especially relevant in our current circumstances:

The Emergence Of Edge Compute

For the past 20 years or so, the compute model has been almost strictly centralized, meaning all the data is processed and stored in a central location (i.e.; data center, cloud data center, etc.).

Edge compute is an enhancement of that model with additional compute resources “at the edge” or in closer proximity to the end use.

The Evolution Of Edge Compute

Content Delivery Networks or CDNs are the original Edge compute applications. They’re what’s deployed every time you watch a video or download anything from the Internet.

With a CDN, content is uploaded to an origin server, after which the CDN distributes it to all the Points of Presence (PoPs) in the CDN.

Once distributed, end users pull the content from the closest CDN PoP, rather than the origin server, improving the UX by reducing latency and bandwidth.

An end user near Chicago wants to download content housed on a server in London, with no CDN.

Due to the distance the data needs to travel, the downloading will suffer from high latency.

This will manifest as the things we all associate with a bad UX: buffering, lagging, or pixilation.

If a CDN is present, with a PoP in or near Chicago, the content downloads quickly and consistently, greatly improving the end user experience.

Put simply, CDNs are mutually beneficial to both the content provider and the end user.

We have identified four types of physical infrastructure environments that will be prevalent in Edge compute deployments and critical considerations when deploying in each.

The Highly Protected Indoor environment is going to feel very familiar. This environment will have most or all the amenities of a traditional data center space, including power, cooling, connectivity, physical security, and a highly protected setting.

What it could lack is the trained data center staff to handle every need, so remote management is paramount to a successful deployment.

A great example of this environment would be Edge colocation, which has been adopted by several colocation companies as a business strategy.

These colocation data centers are in non-traditional second and third-tier cities, closer to the end user/use.

The General Indoor environment is also going to feel somewhat familiar. A great example of this environment would be a telecom room, server room, or closet.

Given its relevance under the current circumstances, let’s take a closer look at the healthcare space.

Patient-generated health data (PGHD) is a perfect healthcare use case. In a perfect world, data generated by IoT devices, including telehealth tools and mHealth apps, could be collected and analyzed for patterns in one’s health, allowing for detailed preventative healthcare and event detection.

Unfortunately, we do not live in a perfect world.

In 1996, The Health Insurance Portability and Accountability Act (HIPAA) was passed in the United States, due to concerns about sensitivity of healthcare information and the lack of security in place for that data. HIPAA restricts how healthcare information can be transferred and analyzed. The challenge becomes transferring PGHD securely within the boundaries that HIPAA necessitates. Published reports show that an estimated 40 percent of IoT sensors will be PGHD devices, so this was already becoming an industry-wide challenge before Covid-19 and will surely be magnified now.

A great example of a harsh indoor environment would be on the manufacturing floor.

In order to meet industry demands by implementing automation and Industry 4.0 deployments, many manufacturers rely on applications that require lower latency to perform at an optimum level.

This requirement is causing equipment to be placed in closer proximity to the end use.

When the use case is in an industrial, warehouse, or similar setting, this may require the use of a cabinet and connectivity rated for a harsher environment. A harsh environment enclosure provides protection from water and/or dust and environmental protection and services.

When compute equipment is required to be placed in the outdoor environment, it must either be placed in an enclosure that is able to provide a “data center like” space within that enclosure or be hardened to the point that it can withstand the extremes that the outside environment can bring, or both.

When dealing with the outdoor environment several factors must be considered in the selection of the equipment and enclosure including:

Edge compute has been driving development in network and compute resource deployment for some time and Covid-19 mitigation efforts will force broader digital dependence.

Physical infrastructure is foundational to successful Edge deployments and many companies will face new and unfamiliar decisions during adoption or scaling.