Down with the UPS

Data centers don’t need a UPS any more - at least, that’s what Microsoft promised at the Open Compute Summit 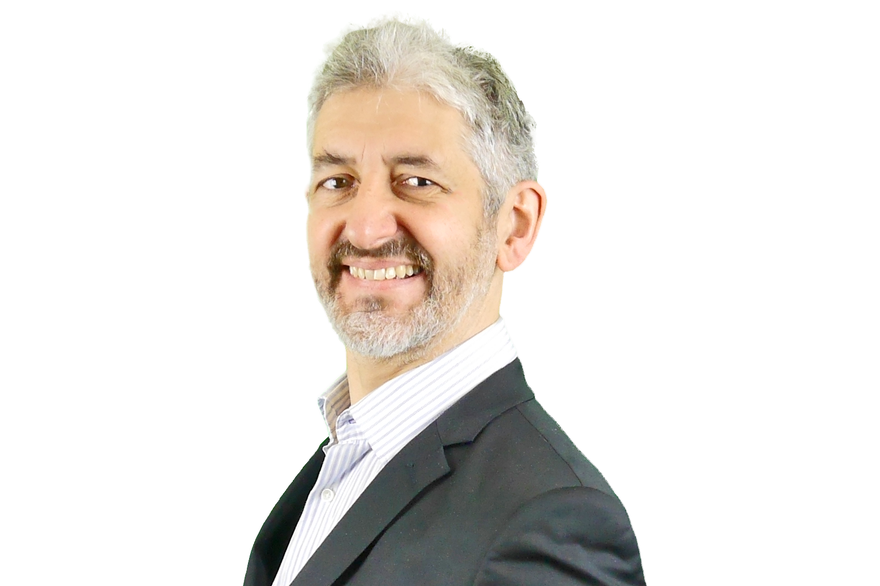 Last week might be remembered as the week Microsoft announced that  data centers no longer need uninterruptible power supplies (UPSs).

This little bombshell dropped at the Open Compute Summit in San Jose, where Microsoft delivered the latest version of its Open CloudServer specifications into the shared resources of the Open Compute Foundation, for anyone to use.

Those specifications make an apparently-simple tweak: the server power supply now includes a lithium-ion battery, so each server can ride out brief interruptions of power. 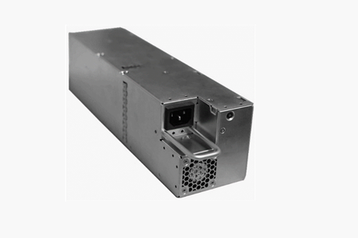 Microsoft’s manager of server engineering, Kushagra Vaid, says this “distributed UPS”, which Microsoft is calling local energy storage (LES), could replace the vast ranks of lead-acid batteries that consume up to a quarter of the floorspace at cloud data centers.

Can this really work? There’s a great description of the technology on Microsoft’s Technet blog, from director of cloud server engineering Shaun Harris. It’s clear this is a serious plan, not a prototype like Microsoft’s off-grid data center in Wyoming, or a kite-flying exercise like the “data furnace” idea a few years back.

One key to this is integrating the battery inside the switch mode power supply in the server. This means there’s no extra circuitry - the battery just keeps the bulk capacitors in that unit topped up.

Timothy Prickett-Morgan on The Platform points out that Google has been putting batteries inside its servers for some years - according to a rare revelation of its technology in 2009. But these are (or were) 12V battery packs, adding a fair bit to the server costs and complexity.

We don’t know what Google is doing now of course, but Microsoft’s LES is a step forward as the battery-equipped power supply module is a straight physical replacement for the vanilla module in last year’s design.

Power engineers I’ve mentioned this to have raised doubts about the use of lithium-ion batteries.

Microsoft’s answer is to go to the power tool industry, and adopt the rugged and reliable battery units that are built into cordless drills - specifically the 18650 lithium ion cells which are a similar shape and somewhat bigger than AA batteries.

These actually feature in a lot of other places, including the battery packs for Tesla cars, and phone chargers - as I discovered when I dropped mine.

These units are cheap - and much cheaper in industrial orders. 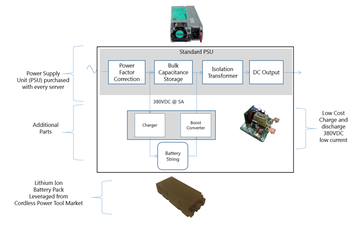 Cut costs by a factor of five

Microsoft says that LES can reduce UPS costs by a factor of five, simplifying the power distribution network radically. There’s only one conversion from AC to DC, and power is stored where it is needed. The TechNet blog post has a beautiful diagram of a data center radically simplified by LES and adiabatic cooling.

There’s also no need to top up and manage the big tanks of lead acid in today’s battery units (or worry about your flywheel).

Obviously the idea needs to be thoroughly checked and tested. But the big news is that this is already happening. Google and others may be doing this in private, but Microsoft has put this out for all to share through the Open Compute Project.

This could really be the end of the UPS.

Update from DCD at CeBIT: