Edging to a new definition

A new product stretches the terminology a bit more

Equinix launched a data hub recently. It’s a perfectly sensible product, but I have to admit being a little teased by the name. You see, although it’s called a “hub”, it’s designed for the “edge”.

Data centers have always performed a centralizing role for data - hence the name “data center”. They’ve also been referred to as hubs, since they are at the center, much like a wheel has a hub at its center. 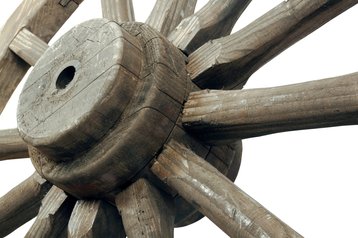 End of the hub?

Now, we all know that’s changing for two main reasons: the Internet of things (IoT) is gathering more data from sensors embedded in everyday things, and users are doing more with their mobile devices. This means data must be collected and fed closer to where the users and sensors are, so we’re seeing a move to decentralize some of the data centers’ power. This is leading to the rise of the so-called “edge”.

What Equinix is offering to its colocation customers, is a pre-configured stack of equipment, to deal with these demands. It operates at the “edge”, gathering data, and is a local center for this edge data. So only a pedant would object to Equinix calling it a hub.

But we weren’t the only ones finding the name hard to digest though, largely because it is becoming hard to name and discern products in this area. The Data Hub is part of Equinix’s overall “Interconnection Oriented Architecture”, a product strategy where so many concepts are being sold in one package that one reaction we’ve come across is “a collection of buzzwords”.

In this instance, technology developed for the cloud is coming to the aid of the other inhabitants of the colo space

I see the problem. Describing any product in this field, we have to employ words which have been so over-used they have pretty muin this instance, technology developed for the cloud is coming to the aid of the other inhabitants of the colo spacech lost all meaning. So while your product might be a “Data Hub”, so is everything else that gathers and holds data.

Despite all this, there’s something interesting going on here, and it’s in that other over-used word “pre-configured”.

Equinix is a colocation provider, and we’ve often heard that the cloud is hostile to colocation, as busiensses will buy cloud services instead of putting servers in colo facilities. But the cloud itself has to be located somewhere, and a lot of cloud providers put their “edge” capability into other parties’ data centers, such as Equinix’s.

This gives Equinix expertise in configuring that functionality for cloud operators to help their edge. Now, not all large enterprise colocation customers are moving to the cloud, and they are starting to face the same edge issue, as they need communitcations between a distributed and diverse group of customers, users and things, So Equinix is re-purposing  its cloud expertise for their needs.

In other words, the cloud may ultimately swallow enterprise IT, but in this instance, technology developed for the cloud is coming to the aid of the other inhabitants of the colo space.

A version of this article appeared in Green Data Center News