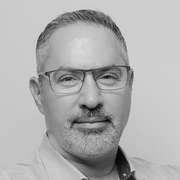 EU regulations on AI are well-meant, but will hamper the region's ability to compete with China and the US

Over the past decade, a secret arms race has been pursued by both the United States and the People’s Republic of China. As the potentially limitless advantages of artificial intelligence (AI) became more and more apparent, both of these nations ruthlessly vie for AI supremacy over the other.

Resources and political capital seemingly present no obstacle for these two global superpowers in this matter. In 2017, China laid out its three-step plan to become the world leader in AI and cultivate an industry worth 1 trillion Yuan ($147.7 billion). The US, meanwhile, announced the American AI initiative to redirect funds, data and R&D efforts towards AI commercialization and research.

Additionally, as these giants funnel their efforts into gaining an edge over one another, this investment facilitates further investment from the private sector. US companies have raised more than half of the global investment into AI research since 2015, followed by China.

If you’re wondering how Europe plays into all this, you’re not alone. With no shortage of talent and a strong history of technological brilliance, it would seem that European efforts should represent the third competitor in this fight. However, due to a multitude of reasons, work on AI done within the EU is faced with arbitrary obstacles that may leave Europe without the social and economic benefits AI can provide. 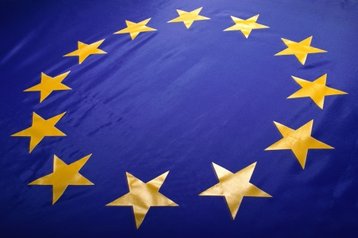 There’s no reason why Europe shouldn’t be cultivating its AI industry to the same level as the US and China. The management consultancy McKinsey produced a report last year detailing how 25 percent of the world’s AI startups were all based in Europe. The main differentiator, however, is how much early-stage investment such groups receive.

For international investors, the ideal start-up route is to achieve exponential growth as early as possible, before then working out the kinks such as safety precautions and how to monetize the userbase. We saw this recently with Zoom: its efforts to make the software as easy-to-use as possible led to security breaches upon its wide-spread adoption during the recent period of global lockdowns. The company has since added a plethora of security features, however in the early stage what mattered most was simply getting as many people as possible onto the platform.

This provides an issue for EU-based technology start-ups, especially those using AI, as EU directives have been established which render such business plans untenable. In April 2019 the EU published its set of ethical AI guidelines, establishing a loose framework for the development of artificial intelligence and a set of standards to be followed across the bloc.

Furthermore, a white paper published in February of 2020 recommends a risk-based approach when it comes to regulating such technologies. Placing the burden on AI developers to constantly prove that their services are entirely risk-free means forcing them to re-allocate substantial time and resources that could have been better spent on growth and service improvements. Failure to do so, however, may mean that their product could fall into this whitepaper’s, admittedly vague, definition of a ‘high-risk’ technology – adding to the ever-changing obligations required by EU law.

So, for those seeking to invest in such technologies, these directives eliminate hopes of an immediate return-on-investment to the levels seen elsewhere. Why invest in a company that will have to follow strict laws and constantly deal with EU bureaucracy when there are Chinese and American equivalents who suffer from no such restraints?

Now you might be asking, what’s the issue? Isn’t such regulation a positive step to eliminate the possibilities of dangerous AI? In asking these questions we miss the underlying issue; that there needs to be a balance struck between ensuring such technology does not threaten citizens' rights and allowing researchers to unleash the full potential of AI. Just because the US and China may, some may argue, be under-regulated – this does not mean that the EU’s laws should be equally extreme in the other direction.

In regulating to such high standards, Europe will find itself facing a significant technological gap.

The danger of falling behind

The longer such burdens exist, the larger this technological divide will last. European public and private organizations will miss out on the fantastic benefits advanced AI may bring to their digital systems. Global technology companies would be averse to placing their headquarters in Europe for such a reason, resulting in the loss of thousands of job opportunities and taxable revenue.

The same McKinsey report referenced earlier outlined how AI could boost European economic activity by almost 20 percent by 2030 – equal to an additional €2.7 trillion in economic output. It also stipulates that if Europe made efforts to catch up with US levels of AI innovation, this number could reach heights of €3.6 trillion.

It’s not hard to see why, as AI job amplification (AI taking on laborious tasks whilst workers aim to improve their systems as a whole) could bring endless levels of improvement to a variety of trades and industries. Such improvements would have a substantial impact on profit margins, job satisfaction and the ability of such groups to scale effectively. Developments this positive should not be denied to an entire continent, and the longer Europe waits the longer it will take to catch up.

I hope that businesses, governments, public organizations and regulatory bodies work together to find a solution to this issue in a way that meets each party’s respective needs. If Europe fails to do so, it risks forever losing this battle and facing an endless technological disadvantage compared to the US and China.