Has Rackspace bowed to AWS?

Rackspace is planning “managed cloud” support for Amazon Web Services. But why would it help its rival?

A week or two back the news that Netflix is closing down its data centers was a further sign of triumph for Amazon’s AWS public cloud. Now, is Rackspace also bowing to the inevitable?

That’s certainly one way to read the announcement that Rackspace will be offering its “managed cloud” support for Amazon Web Services (AWS). Of course, the word “announcement” is overstating things here. Rackspace CEO Taylor Rhodes made the promise in an earnings call, with no press release, no delivery date and, as yet, no details. All we know is, this will happen before the end of the year. 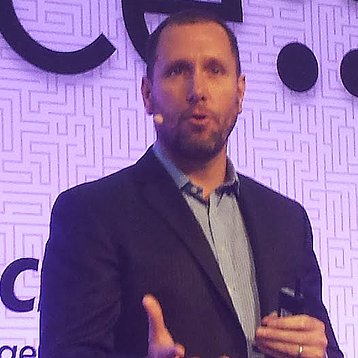 A bit of a climb-down

But however Rackspace handles the real announcement, an AWS support service will be a climb-down. The Rackspace public cloud has been presented as an alternative to the market-dominating AWS cloud, claiming to have better support and to be more open. It’s based on the open source OpenStack platform, and Rackspace builds and supports customers’ private clouds on OpenStack, leading to the promise of hybrid clouds.

In the earnings call, Rhodes admitted that Rackspace’s public cloud wasn’t growing as fast as the company hoped, and announced the prospect of support for his company’s arch-rival. There were no details, and so far not a lot of explanation.

A month earlier, when Rackspace announced it would resell and support Microsoft’s Azure cloud, the news came well packaged, and with the justification that this was needed, Azure users didn’t have enough support and services. While Rackspace is a center of expertise for OpenStack, there isn’t an equivalent for Azure, said Rackspace’s CTO, John Engates: “Who is the Rackspace for Azure?”

That line won’t work quite so well this time round.

Granted, AWS is not well known for responsiveness or customer support. From the start, it was a DIY service. It was designed to be so easy that support was not really needed, and the cloud services run on it were likely to be ephemeral, “built to fail” as the saying goes.

That’s still often the case. As we’ve seen, when Netflix moves to AWS, it keeps its own content delivery network (CDN), insulating it from any issues at AWS.

AWS already has an ecosystem

But the gaps in AWS’ offering, and the sheer size of the market, has called into existence a host of third parties supporting AWS. Some, like Eucalyptus, operated symbiotically - till it got bought by HP. Others such as Datapipe, are anointed by Amazon itself as partners. These even include tedious corporate behemoths such as Accenture and CapGemini.

Rackspace is a distinctive company, but this is a market which is already served by a variety of providers.

Rackspace will certainly find a way to put together an offering that differs from what is already out there. It has its own cloud, and its expertise in OpenStack will certianly help it to stand out.

Rackspace also has highly efficient data centers whose design and operation are comparatively public. The cooling design for its latest facility, built by Digital Realty in Crawley UK has been shared with the Open Compute Foundation, for instance.

That mindset should play well with customers who like the idea of AWS, but don’t want to hand all control to Amazon.

But still, supporting AWS will be a humbling experience for the company once tipped as the best bet to beat it.