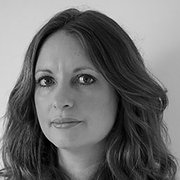 It would be easy to assume that colocation providers across London must be struggling right now - but they have proven that this is not the case.

We have Brexit, the falling value of the pound, and concerns about European data regulations. Despite this, ongoing colocation bookings show strong growth in demand for digital services which surpasses these concerns. 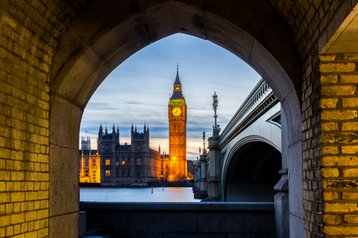 The city will prevail

Over recent years, colocation providers have rethought their go-to-market strategies in the light of digital transformation, and this is helping them capture this demand - so much so, that the market recorded its best year yet in 2016 in terms of supply growth. And things look like they will continue on a similar trajectory well into the future.

This is a scenario we have seen before. The financial crisis of 2008 did not rock the industry as was initially expected, and nor did the fresh economic concerns the UK faced in 2010. The only time we saw a dip in supply was in 2013, arguably caused by too many providers bringing supply into the market the previous year.

A number of factors have contributed to the market growth through 2016: a rise in consumer content, increasing use of mobile business services, ongoing requirements for additional storage, an incoming wave of hyperscale cloud, and managed service providers, systems integrators and others using public cloud to deliver next-generation services.

At the same time, carrier points of presence have increased in density and size, data regulations are arriving, and many enterprises have data centers which are reaching the end of their life, and need to connect to cloud.

The list is long, and I could go on. It seems that these trends will continue to drive a requirement for data centers regardless of whether the UK is in the EU or not. That said, the UK’s multi-tenant data center (MTDC) industry is likely to face some challenges that could dampen growth moving forward.

The London MTDC market had a record 2016 in terms of operational supply being added to the market. Providers added around 463,000 square feet - up from almost 339,000 square feet in 2015. The total floor space is divided roughly equally between wholesale and retail.

Retail is slightly higher than wholesale, and the division of power usage is skewed further in favor of retail, as retail sites tend to be built out more densely. Figures can be misleading however, as some some halls offer either depending which the customer requires.

451 Research predicts - on the back of known and expected projects and current utilization rates - that the market will grow a further 423,000 square feet in 2017.

And continuing demand will see utilization rates remain around a stable 77 percent and but grow towards 79 percent through the year (in 2016 the average was 76 percent - up from 75 percent in 2015). We have already seen 4D, Pulsant, Ark, LDeX and Equinix bring space online this year and expect Kao Data Centres will launch its new campus, and anticipate further activity from Virtus Data Centres, Digital Realty, NTT Gyron, Zenium and Equinix.

The London market is the most mature colocation market in Europe, and it is the fourth largest by operational supply in the world. The city is also home to a mature group of enterprises, which are progressing with their digital strategies, taking advantage of hybrid cloud.

Hyperscale cloud providers have drastically altered the demand and supply dynamics for MTDC providers across London. They have shifted the focus for retail colocation providers to larger 1-2MW deals, and encouraged wholesale operators to provide access to connectivity-rich ecosystems or peering environments.

They have also drastically altered pricing. The pull of the hyperscale provider has been so great that in some cases they have been able to command their own pricing at much lower margins than other large customers.

Many MTDC operators have anticipated these larger cloud providers will eventually pull in higher margin business from the second tier cloud, MSP and SI customers, and in time enterprises. This second wave of demand is now starting to take place.

In terms of enterprise demand, financial services customers continue to be healthy users of colocation, especially in locations that house trading engines. The UK is also at the forefront of online shopping and the retail sector has increasingly been moving towards colocation and the cloud. Many MTDCs and service providers are also making way for increased demand for digital video, gaming, virtual reality and IoT as the UK increasingly adopts 5G technology. The film industry - traditionally concerned about security and IP, is also starting to see secure connectivity through colocation providers and leverage third parties for storage.

Brexit will pose some challenges - largely around requirements for data sovereignty and compliance with European Union data regulations, which over time could lead to some workloads being split between the UK and Europe. The wider industry is also concerned about the impact of the falling value of the British currency, and possible impact to industries such as financial services, which depend on access to the European Single Market to trade.

The cost of energy is also high in London, along with the cost of real estate, and in key locations – such as Slough, where SEGRO manages the Slough Trading Estate which has become the second largest concentration of data center operators in the city - space is also limited. This, coupled with the growing connectivity ecosystem in the estate led by Equinix, has seen prices in Slough come more in line with those in the Docklands in recent years.

Typically, we have seen providers with well-formed ecosystems and good access to connectivity and peering options charge a premium for colocation in London. And increasingly connectivity is becoming one of the key considerations for companies launching RFPs in the market. As a result, we have seen wholesale providers increase their focus on retail-colocation connectivity options - either by tapping into well-connected sites or by offering them themselves.

We have also seen flexibility in contracts become more common across the board, for power use, first right of refusal, or the ability to scale up or down as enterprises move towards hybrid cloud approaches or systems integrators move workloads closer to customer locations.

Not everyone finds the UK market easy to crack, especially wholesale operators with longer lead times. IO Data Centers made its exit this year selling its relatively new site in Slough to Equinix. Infinity SDC has also been slowly selling off its wholesale estate with a site going to Virtus Data Centres and another to Zenium Technology Partners.

This has not deterred new market entrants, including Kao Data (which will launch its new wholesale campus in Hertfordshire later this year) and retail colocation operator Nigsun Telecom (which is offering wholesale voice coupled with colocation from a new data center called NCS1 in Stevenage). We also saw former Terremark CEO Manual Medina rebrand the CenturyLink data center estate to Cyxtera having acquired its data center assets and at the same time CenturyLink putting its acquisition of Level 3 Communications into action – a move that could provide it with a significantly expanded European network presence, and a portfolio of MTDC sites yet again.

Yet again, the market is changing its shape for colocation providers, but it is still growing, and from the looks of forecasts for the coming few years, it is likely to continue to have legs well into the next decade.

This article appeared in the October/November issue of DCD Magazine. Subscribe to the digital and print editions here: