ARP creates a control plane where decisions about routing electrical can be taken and enacted, based on a real-time assessment of the actual needs of the data center. Peter Judge talks to Ed Ansett about an invention due to be revealed at DCD>London

This year, DCD>London sees the launch of a new concept to make power systems more reliable and more adaptable - as well as allowing data centers to actually use power capacity that would otherwise be wasted.

The details won't be delivered until the event at Old Billingsgate on 5 -6 November, but DCD spoke got a preview of the concept - Adaptable Redundant Power - from Ed Ansett of i3 Solutions. The patent for ARP is still provisional, but Ansett described the concept to us in general terms.

"Consider the power systems that deliver energy to data centers. There is something very odd about them," said Ansett. "Every other part of the facility is flexible, making use of software to adapt to new situations in real time, but power systems are static and inflexible."

Right now, the industry accepts this, he explained, because that’s all it has ever known. But he thinks things should do not have to be this way. It should be possible to take the physical power systems that we have installed, and deliver power more flexibly from them.

"Power systems are extremely expensive," he said. "They cost around $5 million per MegaWatt, and typically make up as much as 60 percent of the cost of the total data center. And no matter what topology is used, they are static. They are massive. Once you’ve built them, they are not changed."

A facility will be built with 2N power (twice the maximum power demand of the IT systems), or a lesser level such as N+1, and stuck with a limited implementation of that topology for ever.

By contrast, the IT resources in the data center can be pooled, and used in the most efficient manner, as virtualized pools of computing, storage and even networking resources. “Yet all these applications sit on a fixed electrical platform,” he says. “You make a choice. You buy distributed redundant, block redundant, or 2N.”

Adaptable redundant power (ARP), makes that flexible. It allows data center power system redundancy to be easily changed, so resources can be provided on multiple different redundancy levels. It can change the power system configuration so the power system reliability is a better match to the application, delivering power at a 2N or N, or N+1 level, as appropriate.

ARP can also recover unused power capacity in UPS systems operating at less than full capacity - something which static systems are incapable of doing, says Ansett. And finally, it can allow data centers to specify the redundancy of the power supply at the level of the IT workload, prioritizing their access to power. 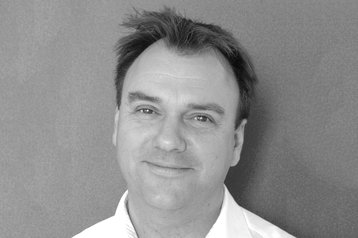 ARP proposes four levels at which power can be made more flexible.

The idea is based on the fact that UPS systems in modern data centers are heavily networked, but are operated without intelligence. Each IT load is connected to multiple UPSs and designed to fail over to a back up. if one fails in topologies such as “distributed redundancy”.

That’s all very well, but it’s inflexible, and requires a very detailed manual setup. Because most UPS are around 30-40 percent utilized, one load shifting won’t usually overload the UPS that comes into play. But as many who have experienced IT failure will testify, it often can overload it.

It also means that customers are over-paying. The model is that the customer asks for 10MW, and pays for that, no matter that they will actually keep well under that usage level.

This is untenable in an age when everything is moving to a pay-as-you-go model.

ARP also enables IT load prioritization: when multiple power system components are simultaneously unavailable, it will divert power to a prioritized hierarchy of loads.

The invention is based on the idea that the switching equipment in a data center’s power infrastructure can be switched more intelligently than it currently is. It can be applied to widely-adopted architectures based on static transfer switches, but is far more general, and applicable to almost any power infrastructure, with integral or upstream UPS systems.

ARP leaves the power system to operate autonomously most of the time, only taking action when there is a problem. At this point, it interrupts the switching equipment, and makes it operate in an intelligent way, instead of the pre-determined modes currently in use.

This is possible because the IT systems are fed from power supply units, which have a hold up time. Even though the power has been interrupted, there is enough leeway (a few millliseconds) in the response time, to introduce software control to decide what action to take.

Equipment such as static transfer switches then executes that decision. In the case of the static transfer switch, the addition of intelligence could redeem a much-maligned piece of equipment. The action of the STS is often blamed in a data center failure, but in fact the culprit is almost always unintelligent set-up. The STS is brilliant at what it is designed for, says Ansett: switching quickly.

It may be useful to think of this in terms of an analogy. Until around 2008, virtualization in data centers focused only on the servers and storage, both of which could be pooled and consumed if they were virtualized. Doing so meant that resources that were previously wasted could now be used.

The network remained unvirtualized, because - well, how could you share and reconfigure something in software, that was about physical connections? It turned out that networks would benefit from separating routing decisions into a separate “control plane” in which network applications and functions like load balancing could be implemented.

ARP does something similar with power networks - creating a control plane where decisions about routing electrical can be taken and enacted, based on a real-time assessment of the actual needs of the data center.

"No analogy is perfect," said Ansett, "but maybe we could think of this as SDN for power networks."

Even the IT load can be made part of this decision, so that the power provided to each load is based on its actual criticality. For instance, a company’s accounts program could be routed to a different UPS, with a higher reliability, when the monthly payroll is being run.

These things are highly networked.

Power networks have been seen as completely hardware bound. There is no need for this, and a software-controlled approach will simultaneously make systems more reliable (when required), while giving the ability to use currently wasted power capacity, and offer precisely tailored reliability levels.

Ed Ansett to Feature at DCD>London

Ed Ansett will be discussing ARP in greater detail at DCD>London next week. To register for the event click here.