Microsoft has said it will go beyond today’s purchase agreements, to actually using more renewable energy. Is this realistic?

Plenty of large organizations are carbon neutral - even those using lots of electricity. But mostly they get there by an indirect route, buying renewable credits or using power purchase agreements (PPAs) rather than directly using renewable power. Microsoft says it wants to ge beyond that, and use more renewable power directly.

This could be a big deal. Actually using renewable energy - really using it - is tricky. It’s well known that solar and wind energy is intermittent, and only available on sunny or windy days.  Data centers need steady continuous power, so they can’t really be powered directly from wind and solar. Not continuously, as things stand. 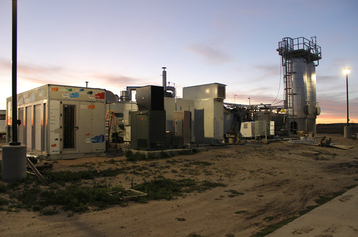 In most cases, unless you are near a source of geothermal or hydroelectric power, the baseline load will be provided by fossil fuels.

In this situation, energy credits and PPAs have become the industry standard way to achieve the public relations goal of being able to say you are carbon neutral. For every kWh of energy an organization uses, it’s possible to buy a credit or, better, to fund an actual renewable energy project that makes the equivalent amount of green energy.

So Apple, Google, Microsoft and the rest all pay to have electricity generated to offest the amount of fossil-based power which they use.

That’s the accepted norm, but when environmentalists hear the detail, they can be outraged. Back in 2014, when Apple said its credits mean it is “powered by 100 percent renewable energy sources”, Forbes writer Alex Epstein said it was “highly misleading”. In another piece on Medium, Epstein called it “accounting fraud”. The thing is a lie, said Epstein: “if an executive communicated its financial accounting the way Apple communicates its energy accounting, he would be thrown in jail.”

In my view, Epstein is over-reacting. Offsetting your energy use does make sure that more renewable energy is generated, and the net effect of your activity is no carbon emissions.

But there is a point to the objection: If the ultimate aim is to decarbonize our energy use then, sooner or later, these data centers must be weaned off fossil-powered juice, or we can never switch off the coal and oil-fired power stations. 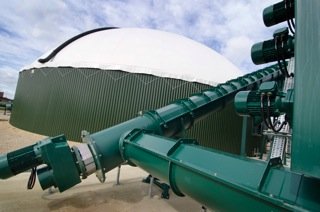 This week, Microsoft promised to take action on this. Microsoft’s data centers are already 100 percent carbon neutral, thanks to credits and power purchase agreements, but a blog from the company’s chief legal officer Brad Smith promises the company will move “to also having those datacenters rely on a larger percentage of wind, solar and hydropower electricity over time”.

At the moment roughly 44 percent of the actual electricity going into Microsoft data centers is from renewable sources. Microsoft wants to push this to 50 percent by the end of 2018, and 60 percent early in the next decade.

Microsoft talks about investing more in energy generation, and in moving more of its plants to micro-grids, powered by biogas or other on-site renewables.

It will be a difficult promise to deliver on - and it could also prove to be an easy one to forget about. But we should applaud, encourage and monitor the effort. And maybe also imitate it.