Data centers can have a marketing problem. In most markets you need a unique selling point: in this sector, that can be the last thing you need.

Datacenter Dynamics has launched a new category for the DCD awards this year: we’re asking readers to pick the “Most Extreme Data Center on the Planet”. The only trouble is, some of the leading contenders don’t want the award.

It seems like a good idea for an award category. We’ve covered a lot of facilities which manage to deliver a reliable service from rugged or inaccessible locations, including deep underground, atop mountains or even in space. They are surely going to be proud of their achievements, right?

Taking reliability to the extremes 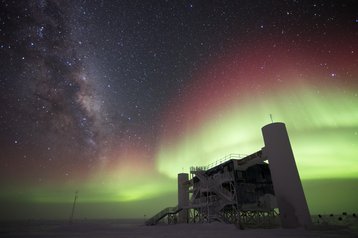 Maybe not, as it turns out. We thought one of the front runners, truly deserving this award, might be Project Natick, in which Microsoft has now placed two separate data centers in chilly water at the sea bed.

A test off the US coast, and now a 12-rack cylinder off the coast of Orkney, north of Scotland, have delivered Azure services from within a cylinder which has to keep out salt water at high pressure. Not only do they have to keep running, they have to do so without any hands-on maintenance - to get inside the container, it has to be hauled to the surface.

To our surprise, the head of Project Natick, Ben Cutler, declined to feature in the Extreme Data Center Award: “We don’t see Project Natick as extreme,” he told us.

He went further. He said that placing a data center in the ocean is “the opposite of extreme”. In his view, Natick’s subsea environment is perfect, providing constant cooling, and a sealed, low humidity, oxygen-free environment for the servers protects them from EMP events, corrosion and fires.

Maybe it’s no surprise. The word “extreme” implies risk, and that is something no data center operator on land or sea wants any association with. Earlier in September large parts of Azure fell over, because a storm created irregularities in the power grid in Texas, causing a shut-down at one of Microsoft’s normal terrestrial data centers there.

That’s put a big dent in the Azure’s reputation - which had pretty much recovered after some nasty outages a couple of years back. No customer wants to put data where there is a perception of risk. To some people, the word “extreme” inevitably creates this feeling.

Other people see it differently, of course, and we have no shortage of exciting contenders for the award.

But it put me in mind of my first visit to Iceland some years back, as a guest of Verne Global. The visit took in some mighty engineering projects designed to impress us with Iceland’s technical skill and its burgeoning (and cheap) green energy supply.

We were cautiously guided round a vast geothermal energy plant hissing with superheated steam, and donned hard hats to clamber through the dripping caverns of an underground hydroelectric facility. We also visited a hunting lodge and a Viking warship.

This series of extremes was utterly unlike any other data center visit I had been on. And our final stop was a former NATO air base, built to refuel bombers and monitor Cold War communications, but now home to Verne.

Inside that anonymous ex-military hangar, I was ready to see anything. What I got, of course, was an anticlimax, exactly pitched for the risk-averse data center customer.

Inside the hangar was a smaller structure. As we entered, I found I was standing on raised floor panels, in a brightly lit, humming IT space, surrounded by utterly familiar racks and hot aisle containment.

“As you can see,” said our guide, “apart from the benefits of its location, this is a data center no different from any other.”