It may have lost the public cloud fight, but OpenStack’s strength in private cloud will stand it in good stead

In just seven years, OpenStack has come from nowhere to become the leading platform for open source private clouds. But its success in the in-house space has not been matched in the public cloud.

Would-be cloud providers as big as HPE and Cisco have failed to turn their OpenStack services into an alternative to Amazon Web Services, which still rules the public cloud world. But OpenStack’s home turf could turn out to be a long term advantage. 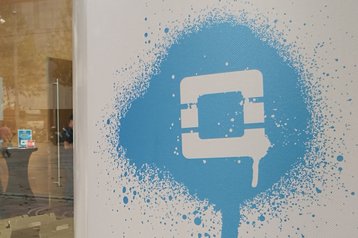 OpenStack started as an in-house project at Nasa, with a lot of help from Rackspace. Starting with Nasa’s Nebula system, the project aimed to support infrastructure-as-a-service (IaaS) cloud services on standard hardware, and was rapidly shared outside its origin, spawning a powerful and creative community.

At first, it looked as if OpenStack could offer a more open alternative to the AWS public cloud, and numerous public cloud offerings sprang up. Big players like Cisco and HP (now HPE) hoped that OpenStack would give them a platform to enter the public cloud market, without having to risk investing in developing their own platforms. Other smaller players started up too, like Mirantis.

As the years have gone by, none of these offerings has become than a fleabite on AWS. The leading public cloud alternative to AWS is definitely Azure, HPE and Cisco have effectively canceled their public cloud offerings - in HPE’s case the whole thing has been passed to open source firm SUSE.

OpenStack co-founder Rackspace perhaps had the highest hopes for its OpenStack public cloud, but now that public cloud is reduced to an option alongside Rackspace support for Azure and AWS.

What was the problem? It may have been the skills issue - OpenStack knowledge is widely shared, and easy to find, but the stack has a lot of different modules which evolve rapidly, so only someone really enthusiastic can reliably understand it all.

Also those changing modules have sometimes been hard to integrate with existing technology. Public cloud’s whole business case is that it is an easy-to-use alternative to complex in-house structures. OpenStack’s complexity got in the way of this.

OpenStack knowledge is easy to find, but with a lot of different modules evolving rapidly, only someone really enthusiastic can reliably understand it all.

But the main thrust for OpenStack turned out to be what Nasa originally designed it for - in-house IaaS or private cloud. It really is the de facto choice for open source projects of this nature. Big users like Walmart are adopting it enthusiastically, while those with leading edge demands, like CERN are finding it’s the only solution that meets their needs. Insurgent vendors like Huawei are promoting it too.

In the private cloud, OpenStack offers something which is simpler and more flexible than the complexity of legacy IT and proprietary private clouds. The integration requirement is still high, but in-house IT teams can develop and retain those skills.

OpenStack is a serious competitor with VMware, the original leader in private cloud - and its presence may be one of the drivers behind the current moves by VMware to team up with its old enemy AWS to try and expand its offerings beyond that market.

Private cloud is not growing the same rate as public cloud, but it is not going away. And it must increasingly interact with public cloud. OpenStack’s dominance in private cloud stacks will ensure it has a long-term role - and will eventually have a serious impact on the public cloud.

A version of this article has been published by Verne Global