Power grids and data centers need to work together

While politicians do little, the energy industry’s demand side and supply side need to talk. DCD aims to help get the discussion going

Politicians are trying to ignore the scientific realities of manmade climate change. Luckily, big data center owners still see the value in moving to renewable energy. Now, they need to share that understanding, and team up with utility providers.

Secure storage specialist Iron Mountain recently commited to using 100 percent renewable energy, based on a power purchase agreement with the Ringer Hill wind farm in Pennsylvania. Meanwhile, Bank of America (a major user if ever there was one!) has signed up to the Future of Internet Power Group from Business and Social Responsibility (BSR) which commits to promoting and using renewable sources. 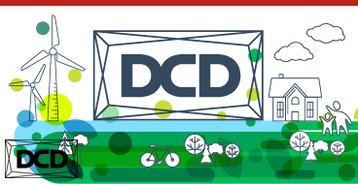 All this is in contrast to the US political scene. The Trump administration’s budget proposals give scant cause for celebration, although many proposed cuts have been postponed. And in a March executive order the President rolled back much of the previous administration’s climate change policies, instructing the government to start a process to repeal legislation including the Clean Power Plan.

The Trump administration seems to be following through on campaign promises to back coal, against the advice of most energy specialists and scientists.

The tricky thing, it has been pointed out, is that the new administration can’t repeal the science behind the Obama administration’s policies. Not only is climate change still a reality, the scientific documents outlining its effects are still formally accepted by the government.

While the government works to repeal the laws, the ”Endangerment Finding” that says greenhouse gases are harming the planet still stands. That either has to be revoked (by disproving manmade climate change) or else a different way to deal with the threat needs to be found. Good luck with that!

Fortunately, out in the real world, as Ars Technica’s John Timmer points out: “The continually improving economics of renewables will lead to their expansion, even in states that would be otherwise disinclined to do anything about climate change.”

There’s more to it than just consuming green energy. A vision is emerging which involves changes and developments both within and outside the data center.

Inside the building, operators are improving their game, using AI, IoT and any other tools to reduce their demands for power. This includes new options for UPS such as distributing the battery backup throughout the racks, right down to small batteries in each server module.

Power generation is also being distributed. Local on-site co-generation can take the load off the utility grid, while increasing reliability and cutting losses in transmission. In a more extreme approach, Microsoft is experimenting with distributed fuel cells within the racks, which could remove losses in transformers and so forth.

But the impact outside the building will be even greater. Using green energy helps to build the renewable market for everyone. And IoT approaches will smarten the grid so it can adapt better to changes in demand.

I suspect that initiatives like the Future of Internet Power will be very important in the long term. The power infrastructure, and the digital infrastructure are built and maintained by two separate communities. Movements that bring them together will ensure that each picks up and adopts all the most important developments from the other. So the grid will know what it can expect from data centers, and data centers will evolve to work with the adaptive grid.

DCD is starting a series of EnergySmart summits which will bring the digital infrastructure and the power utilities together. The first event is a pre-conference round table at DCD>Webscale in San Francisco in June. Others are planned for Europe and elsewhere.

Wherever the conversation takes place, it’s important that data centers share their abilities and knowledge, so utilities can learn from them and apply them more widely, while data centers have plenty to learn from the power providers.

As my colleague Sebastian said, the government won’t do it for us, so it’s up to us to do the right thing.