Stand aside, world leaders. It's time for real work

The Climate Summit is over. Now what needs to be done?

The agreement signed at the Paris Climate Summit is a historic one, but it’s mostly PR. If you do the math, and look at the small print of what each nation said, it turns out that the world has agreed to carry on increasing its emissions. Essentially, each country chooses the baseline that makes its plans look good, by comparing them against the biggest figures it can find, whether that is a year when their economy boomed, or against  “business as usual” predictions (rampant growth).

Nevertheless, the agreement is actually better than we might have hoped, especially given the soul-crushing mess of grandstanding and fallacious arguments that world leaders spewed at each other during the event. Our politicians spent two weeks at each others’ throats, before crafting a crowd-pleasing declaration. 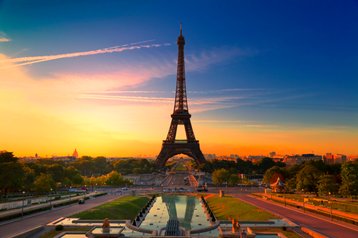 Pile on the pressure

The statement makes some great promises, but they can all be ignored. In a lot of ways we are where we were before the summit: it’s practical action and pressure on the politicians that will count.

The final declaration had the stated aim of keeping climate change below 2°C, and urged the world’s nations to go further and limit the warming to below 1.5°C. But these goals weren’t properly backed. If we are optimistic, the actual moves agreed might keep us to 4°C which scientists and island-dwellers agree is a dangerous level.

The important parts of the agreement are not even legally binding, so there is every chance this agreement might prove as ineffectual as the 1997 Kyoto Protocol.

Things get re-examined in a five-yearly review process, and optimists say this process could ratchet emissions reductions further - but that sounds like wishful thinking.

The US is still resisting any efforts to make anything legally binding, and developing nations are fighting for financial compensation for the trade-offs they are being asked to make. 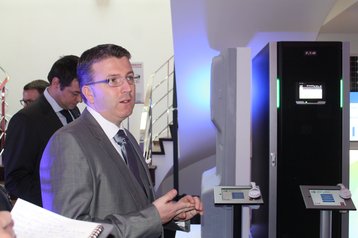 In all this, data centers are in a strange position. A rapidly growing sector, they use some two percent of the world’s electricity. We are told they could reduce energy use overall, by enabling measures such as smart cities and smart grids, and yet an ever increasing proportion of their growing energy consumption goes to consumer media delivery.

During the summit, I visited Paris briefly, to see a technology development which uses second-life batteries previously installed in Nissan Leaf vehicles - the world’s best selling electric cars. The batteries are teamed with power management form Eaton, to store energy and shave the peak demands of data centers and office buildings.

The system can take direct DC input from solar or other renewables, and can hold up to four Leaf batteries, which have something like a 20kWh capacity once they have been retired from the Leaf cars.

This system goes further than Tesla’s Powerpack, which seems to be still little more than a concept, and General Motors’ efforts, which amount to a trial in Milford, powering the lights in a building. Schneider Electric also announced a data center battery system but it’s not delivered yet.

Nissan and Eaton plugged their system into a Paris mansion for the Summit, and they are ready to sell it. Nissan makes its own batteries and is in charge of the process of collecting them when they are used, so the supply chain is in place.

A word on security…

One other thing I should report on, is the security in Paris. The Summit took place a couple of weeks after the attacks of 13 November, and the Nissan-Eaton event was in the street where Premier Hollande lives. And yet, security was unobtrusive, with no ostentatiously armed police.

The night before the event, I ate in a smart bistro in Saint-Germain-des-Prés, and walked back to the hotel. I was never concerned for my safety, except for the times I got into a French taxi - but they have always been a scary experience.

Paris remains supremely civilized, self confident and relaxed, despite the recent threats. Let’s hope that, however disappointed we are by the weasel words of our leaders at the Summit, the world at large will respond to the serious long-term threat of global warming in an equally measured and sensible way.