The Edge: Shifting the definition 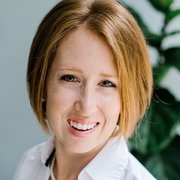 Defining the Edge requires not only a paradigm shift, but a cultural linguistic shift as well

I’m a linguist at heart. With a Comms and writing background, I love studying the ideas behind word, phrase, and colloquial saying origins. And as most of us know, thanks to cultural changes, incorrect translations, or misuse, over time the meaning of different words can change. We gradually shift their usage, others catch on, and before you know it, there is an entirely new definition.

There are actually a number of definitions of the word ‘edge,’ some more readily applicable to our industry than others. As a noun (or a ‘thing’ for my non-grammar-geeks) it can mean the furthest point from the center; alternatively, the outside boundary or perimeter.

What we’ve done is taken the idea of a boundary line and tried to use it in a concept that now applies for something truly limitless. This is why our definition can’t keep up Melissa-Reali Elliott, Kohler

I find its verb usage (or action) particularly interesting: a gradual or careful shift in a particular direction. All these definitions make perfect sense on paper. So why are we struggling so hard to define where it is in the data center space?

In short, each of these definitions implies a fixed destination. When we started to use the term Edge, we still meant it as the furthest point from center, but as a border it has continued expanding ever closer to end users.

We can't think of this as a permanent structure like a fence line. As we strive to get as close as physically possible to end users, we’ve landed literally on the devices in their pants pockets. And the problem with that is that people just aren’t stationary objects. You can't define a space when you can't pin it into a fixed position, and that's just not how us mobile humans operate.

What we’ve done is taken the idea of a boundary line and tried to use it in a concept that now applies for something truly limitless. This is why our definition can’t keep up. The concept has shifted before our mentality can comprehend that we are now using the same word to mean its exact opposite.

Our Type A, rule-loving industry just can’t process this. We’ve tried to solve this by defining different points within the Edge and trying to bucket facilities into them accordingly.

Like layers in the atmosphere we have some that are near, middle, and far, but this universe is an infinite body. We didn’t realize we needed something ethereal to define it and now face an amusing recognition of the fact that the term Cloud was already in use.

What we cannot continue to do is conceptually pin the Edge to a fixed perimeter that will never shift Melissa-Reali Elliott, Kohler

We could have stayed with nebulous atmospheric terms, but that kind of future perspective and cute alignment on trend names just isn’t how word use evolves.

The term Edge isn’t going away, nor is the concept, so we need to alter the mental constructs we’ve been using. Maybe it would be easiest conceptually to think of our version of an Edge as a frontline, an advanced field position that shifts based on localized forces and their activity.

Another appropriate concept we could employ to aid our mental shift is that of a frontier, an extreme region we are still settling into and colonizing. But what we cannot continue to do is conceptually pin the Edge to a fixed perimeter that will never shift.

While it’s hard to see us expanding closer to people than the devices they carry everywhere they go, by the time we all agree where the edge is, it may yet have grown again.