The lag in Google's public cloud

Google is expanding its public cloud but, is it putting on regions fast enough?

How far behind is Google in public cloud? Pretty far behind. Amazon is obviously leading, and Microsoft is also ahead.

On past experience you’d have to reckon Google is in with a decent chance in any tech game, given how much money it can spend. But Google is so far behind, its most recent announcement looked a little desperate. It felt it had to make an announcement which was about 83 percent vapor, just in order to look like it is keeping up with the others. 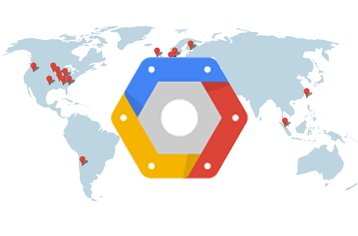 It’s all about the regions

You see, at the moment, the public cloud game is all about regions. You might have enough data center oomph to satisfy your customers round the world, but you need to have it local, or at least reasonably so.

Customers want low latency, they want a fast response from their data center, so it should be fairly close by, and they also want the data held under their local laws - the current “data sovereignty” requirement.

That means you need to have data centers in each geographic region - and multiple data centers so your customers can have resilience. The more data center locations you have, the smaller you can make your regions and the better you can meet customer demands for local data storage and short access times.

You might have enough oomph to satisfy your customers, but you need it local

At the moment, Amazon has 12 regions, Microsoft Azure has 22, and Google has only four - Central and Eastern US, Western Europe and Eastern Asia. Announcing twelve more might make it seem like Google is catching up, but bear in mind two things. Firstly both Amazon and Azure already have plenty of expansion going  on (ten more Azure regions are on their way in 2016, for instance).

And those Google cloud regions are pretty hazy. We have no idea where ten of them might be - Google just said they are coming somewhere, sometime next year. There are only two actual announced regions arriving this year - one in Tokyo, Japan, for which no details are given, and one in the US West, which is the only new region with solid real estate we know about.

This one is in territory Google knows - it’s in the same city as its first ever data center, opened ten years ago in The Dalles, Oregon, and is being built on land bought from the Port authority there.

Beyond that, Google’s expansion there underlines the region’s Western theme: the company has bought up some land for future use, with a resident Rodeo. The Fort Dalles Rodeo Association has been holding its summer event on land owned by an aluminum smelter for thirty years, but that land has now been sold to Google.

We’ve heard before how data centers can alienate their local constituents, but Google isn’t aiming to do that - as the cloud gets regionalized, it’s becoming a worse idea. So the cloud giant is working with the cowboys, and offering them space on the parcel of land till they find a new home, as well as helping them buy new equipment for wherever they take their show.

That’s the way to set up a region, and Google has managed it because it knows the area. Let’s see how it does with its Japanese expansion, and with whatever other regions are in the pipeline.