The many shades of green backup

Data center backup, dominated for so long by diesel generators, looks to be finally about to change.

It's not before time. Diesel generators are noisy, dirty and pump out CO2 and other greenhouse gases, so big providers are starting to make plans to do away with them. To take one example, Microsoft is testing a whole range of alternatives, as part of its drive to become carbon negative by 2030. Just this week, the company announced a biofuel-powered micro-grid in Silicon Valley, and it has previously tested hydrogen fuel cells, as well as running convention diesels on vegetable oil fuel. It's also looked into battery-based systems.

But it's going to be important to watch this closely - simply because there are so many options - and a lot of context.

Do we still need backup?

Firstly, it seems that we do still need backup, even though a few years back, there were frequent suggestions that the use of multiple instances in the cloud could make data resilient at a higher level, in software. .

Ten years ago, in 2012, Microsoft actually talked of doing without diesels entirely. The company had a few modular facilities, in Boyton Virginia, Chicago and Quincy, which were powered only by the grid.

"There are tens of megawatts in this data center and other data centers Microsoft runs. They do not have diesel generators behind them,” David Gauthier, Microsoft director of data center architecture & design management at the time, told DCD.

iMasons founder Dean Nelson set up a data center for eBay in Salt Lake City which used biogas as primary energy source, with no diesel generators

In 2017, Andy Lawrence of Uptime Institute told us that "over the next decade, for a sizeable but as yet undetermined number of operators, resiliency and redundancy at the individual data center level will, in whole or part, be complemented and/or replaced by resiliency at the IT level. This is not necessarily a resiliency tactic or strategy, but an inevitable move, resulting from the fact that applications themselves are becoming more distributed."

This could still happen, bur five years on, we've seen little sign of data centers doing away with backup. The facilities have kept getting bigger, and generators have grown with them. the goal now seems to be replacing, rather than ditching, the diesel.

What backup do we need?

So the next question is, how should that backup be provided?

The range of alternatives starts with vegetable oils that can be used as a direct replacement in existing diesels. One by one, diesel manufacturers have tested and approved their gensets to run with hydrotreated vegetable oils, which can be considered carbon neutral, because they release greenhouse gases which have only just been captured by plants , making them a "renewable" resource. Fossil oils, by comparison, release greenhouse gases stored millions of years ago, which should left in the ground to avert the climate crisis.

A few years back we saw suggestions that data centers could build resilience in the cloud and do away with back up. We've seen little sign of that in practice so far.

Along with Microsoft, data center operators such as DEAC, Interxion, Compass and Kao have adopted HVO, to a greater or lesser extent.

A large benefit of this approach is that it does not require data centers to junk costly and resource-intensive generators (which already embody a lot of carbon emissions). But there are caveats: some vegetable fuels use palm oil, which is often created on plantations cleared from the rainforest. Others are a blend, so they still contain a majority of fossil oil.

Fuel created from vegetable feedstock can also be criticized for taking up agricultural land, creating a "food or fuel" debate. To answer that, there's a developing market, led by Finland's Neste, which creates HVO from recycled fat, such as cooking oil.

The other options get more complex, and are only really available for new facilities. These include using methane gas or hydrogen, which can be burnt in turbines or in fuel cells.

If you go with methane, you have a ready-made distribution network (some data centers may have piped gas available), But again, it's important to make sure your source of methane is renewable. Fossil natural gas is usually the default, while "green" natural gas can be produced by biodigestion of agricultral waste or woodchips.

You also need to understand fuel cell types: PEM fuel cells can start up quickly, so they're good for the diesel part of backup, while SOFC fuel cells are better for continued use.

And then there's hydrogen. Parts of the industry are getting very excited about it, for reasons beyond its use as backup power. If data centers adopt it, hydrogen buffs believe it could kickstart the hydrogen economy the world needs, if we are going to decarbonize transport and heating.

That's a powerful justification. Hydrogen backup systems for data centers could be a major early market, creating a volume of demand that will drive down their cost to a small multiple of the cost of diesel gensets, making it possible to use hydrogen more widely.

But at this point, let's catch our breath. Data centers use very little energy in their backup systems. Mostly, the systems are tested infrequently. If an operator does a full load test for half an hour, every couple of months, that amounts to a tiny fraction (less than a thousandth) of the energy used by the data center as a whole.. 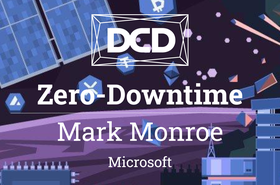 And why some colors are better than others

There's another strand to this, which is that, whatever their source of backup power, data centers can make better use of it. For years now, it's been suggested that data centers could share their stored energy to help stabilize the grid and enable the replacement of fossil energy sources by renewable ones. Intermittent renewable sources can't satisfy continuous demands without a way of storing that energy - and this is exactly what data centers have.

This week, Microsoft appears to have signed up more positively to grid-aware UPS systems.

It's possible to argue that if its energy is shared with the grid to displace larger fossil generators, even a diesel backup system can actually have a "greening" effect.

It's also worth remembering that the vast majority of emissions produced by data center come via the source of their primary power. All too often, that is still fossil-powered at origin.

So, while it would be a major step to get the carbon out of backup, but let's not let that distract us from the bigger picture of the full energy needs of a data center - and the opportunities for working with the surrounding electricity grid.