In thunder, lightning, or in rain? 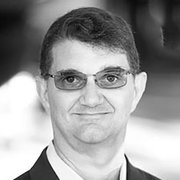 Data centers need to ensure they are prepared for climate change

Data centers are built and sited to withstand all that Mother Nature can throw at them — or at least, is likely to throw at them — during their lifecycle. This has long been a given, practiced and understood by designers, planners and regulators.

But climate change is changing everything. Recent weather events have led some governmental agencies to ask how exposed data centers are from high winds and lightning.

These are questions data centers throughout the world should consider, as storms and other natural disasters are increasingly frequent and severe. In the last few weeks alone, the world has experienced record-shattering derechos and tropical cyclones, as well as heatwaves and wildfires (both of which can alter wind patterns). Managers must review their data center’s resiliency and disaster recovery plans in the context of the amplifying effects of climate change. As we said in the Uptime Institute report A Mission-Critical Industry Unprepared for Climate Change , these reviews should be conducted regularly and plans updated; the climate is, regrettably, changing rapidly and proving volatile. 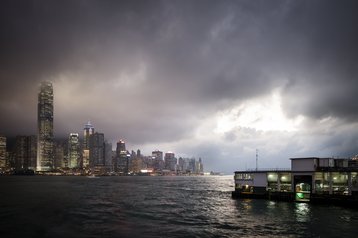 Recently, Uptime Institute was asked (via our colleagues at TechUK, a UK membership body for the IT industry) to give our views on three specific issues that might arise as a result of severe storms: staff access during storms, lightning strikes, and standards. Some thoughts on these are below.

The first relates to blocked transport routes — that is, how do data centers manage if staff are unable to get to work? The answer is, most data centers have a plan for this. This is an aspect of Uptime Institute’s Tier Standard: Operational Sustainability program, and it requires preparation and budget. When bad weather is forecast, many data centers either locate personnel at the facility or in hotels nearby. Because one shift cannot leave the site until they are relieved by the next shift, staff may work overtime waiting for the next crew to arrive. All these contingencies must be considered — possibly for extended periods of time. In extremis, of course, it is possible for staff to remain on site, with sleeping accommodation and food. But this is not a practice that is advised except in the most severe situations.

Another question asked after countermeasures against damage from lightning strikes and/or power surges. The answer first lies in local guidance and regulations. All locales are a bit different, but most have some life safety codes that address power surges and lightning. Lightning protection systems are foremost geared to building protection, but other codes cover ways to prevent local lightning strikes from impacting other systems, such as power and communication systems. Typically, data centers will not only meet these codes, but also exceed them in some ways.

There are ways to design the facility to help reduce the risk of the data center itself being affected. A first step is to incorporate a lightning protection system that uses grounded lightning rods or active systems to shunt ion buildup in the immediate atmosphere to ground. This stops the local buildup of a charge that will result in a lightning strike.

Another issue to anticipate is that a lightning strike can occur near the data center and could enter the facility via the power system. Electrical systems are often designed to transfer the energy from a lightning strike to a grounding device. The efficacy of this strategy depends on the proximity of a strike to the service entry. Outdoor communications cables (telecommunications or controls) usually have devices to block increased voltage from entering the facility.

In locations where lightning is prevalent, many facilities circumvent the problem: when a storm is forecast, they transfer to on-site power production and isolate from the outside power system altogether. This underlines the need for on-site power systems; because two utility feeders are installed in relatively close proximity to one another, a single strike could impact both systems. Dual utility feeds cannot provide the absolute isolation that on-site power production can.

A third question asked after standards that cover risks from lightning and/or high winds. Local building codes address this, but such codes are intended to help ensure human life is not put at risk during such events, not that a facility operates through it. Tier Standard: Operational Sustainability addresses this by requiring the site risks from natural events be addressed.

The challenges vary based on location and threat. In the US, Texas Tech University has done research on winds and tornadoes for over 20 years. They have an air cannon that shoots things like wooden boards at structures to see how they perform. This research is used to help structural engineers learn how to harden buildings against high wind and the debris it carries. The US Federal Emergency Management Agency has developed guidance on how to prepare for extreme weather events, as have other nations’ governments regarding threats their regions face.

There is one important thing to keep in mind: While people are quite capable of dealing with the typical or even slightly more severe than usual threats in their area, this does not mean a data center will necessarily be able to operate through it. Storms seem to be getting more severe; in August 2020, the US experienced the strongest hurricane (Hurricane Laura) ever to make landfall on the Texas Gulf Coast.

Even when storms diminish after landfall, they can do a lot of (sometimes unpredictable) damage. For example, just three years before Laura, Hurricane Harvey dumped so much rain that 500-year flood planes were inundated. This is not something most prepare for.

In such situations, even if the data center is operational, the telecommunications system may have facilities that are not. In these cases, a data center is ready to operate but can’t communicate with the outside world. And staff’s personal priorities also must be considered: few will report to work when their family’s safety is at risk — a lesson learned in several natural disasters. While we should take precautions to help ensure data centers are prepared for the foreseeable, we have to remember that just hardening a data center is not enough; Mother Nature will always show us where we stand in the grand scheme of things.