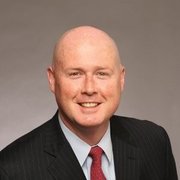 Terence Deneny has over 25 years experience in engineering and managing the design and implementation of telecommunications, technology, and enterprise data center projects. For the past thirteen years he has served at Structure Tone as Vice President and Director of our mission critical division. His construction and technology management expertise ranges from needs assessment/site selection and design through commissioning and interfacing with clients, consultants, engineers and service providers. Terence’s diverse background is in both the telecommunications and construction industries.

The last 20+ years have seen incredible changes in the way businesses approach data processing and storage. What started as incredibly redundant and fully built-out facilities constructed like bunkers has evolved into the large-scale, sleek, flexible, and energy-efficient facilities we see today.

This evolution continues, and the unprecedented pace of technology will undoubtedly drive even more changes to the way data centers function and are designed and built. 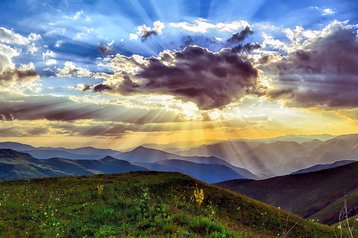 The evolution of cloud providers has had perhaps the single-largest impact on the mission critical sector. From a design perspective, the cloud infrastructure allowed the industry to shift away from hardened, bunker-like facilities since they were no longer the sole “home” of all data. In other words, cloud providers could build large-scale sites that rely on network redundancy rather than infrastructure redundancy.

Heading into 2019, the cloud will continue its growth with large-scale investment in facilities and infrastructure. As companies increasingly understand the investment and logistics required to move to the public cloud, many will continue to develop and deploy their operations to private clouds. As network redundancy with synchronized processing becomes more prevalent, the reliance on infrastructure redundancy will continue to diminish, meaning data centers can be more flexible and scalable to size, location and use.

That said, we will see large enterprise institutions maintain their core processes in private enterprise data centers. With the ongoing challenges of global cyber security, not everyone is comfortable housing every piece of information in the cloud and may opt to maintain control over how and where their data is processed and stored.

As data centers have evolved, speed to market and the cost per megawatt have become the key drivers of their design and construction. As a result, site selection became focused on geographic diversity, tax incentives and the least expensive power rates, leading to massive data centers being built in rural locations across the US.

That model, however, is changing, thanks to edge computing. As networks grow in capacity and the evolution of 5G through the coming years, edge computing centers will become an increasing part of the cloud network. From a design and construction perspective, that means more owners and providers will look to build several small, distributed facilities just outside of major population centers to create onramps to larger centralized data centers across the country.

Again, speed to market and cost will play a role here as these smaller facilities may be as simple as a few cabinets in a colocation facility or a small, prefabricated structure.

Premanufactured and prefabricated modular building and MEP components are becoming more consistent and reliable as manufacturing processes and technologies have advanced. Some data center developers were implementing similar ideas in the early 2000s with “pod” designs and shipping-container-like facilities, but users had not quite let go of the build-to-suit approach.

However, as the quality of prefabricated structures has improved, and clients have realized the schedule and logistical benefits, the trend has become more and more common. Large equipment manufacturers now offer prefabricated equipment skids—or even complete prefab data centers - as part of their services. Going forward in 2019, we will see complete premanufactured data centers and components becoming mainstream products in the US, reducing the time and logistical requirements of building data centers even further.

In the early days of data centers, mechanical and electrical systems were centralized, built completely day one, and designed to 2N or 2 (N+1) systems. In other words, they were designed to the hilt from day one, ready to maximize power with as much redundancy as possible. As facilities grew larger, costs increased and stranded capacity and energy efficiency became new industry vernacular and clients shifted their focus to increased efficiency in both design and function.

Now data center designs are all about efficiency, pushing the envelope on the traditional ASHRAE standards and designing toward the outside of tolerances. Some users have experimented with simply locating IT racks in parking lots and other open areas to test those tolerances, finding that servers are much more resilient than we thought.

To combat that energy usage, data center developers are investing more in renewable energy sources like wind and solar farms, and large-scale data centers are often sited near hydroelectric power. As the industry begins to focus on edge computing networks and related facilities, we may see renewable energy factor in more effectively given their smaller, more efficient designs.

It’s difficult to predict exactly where data center design will go in the coming years since technology advances at such a quick rate. But one thing we can be sure of is the mission critical sector will continue to be an important one for the design and construction industry.