When district heating is a casualty of war

Two electricty providers have refused to provide power to Yandex in Finland. The result is more Russian gas is being burnt by the locals

As I write this, Russia's invasion of Ukraine continues to have very real consequences with 14,000 lives lost, 5.7 million people displaced, and serious economic fallout round the world.

In that context, the loss of a district heating system is of no consequence. But that's the kind of thing we write about on Datacenter Dynamics, so here is the story - as far as we know it - of what happened when Yandex got cut off the electricity grid in Finland. 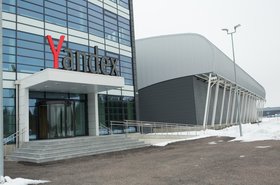 The data center has been cut off because its contract expired

It's a tangled tale

We first heard of the Yandex facility in Mäntsälä, Finland, in 2015. It was the first facility outside Russia for the company known as the "Russian Google." And it was a flagship, intended to present a very positive version of the company. Yandex was serious about saving energy - running a data center with a claimed PUE of 1.1, and an aerodynamic cross section like the wing of an aircraft to facilitate free cooling.

And the Russian firm was so keen to share its waste heat, that it installed extra air handling equipment to move the hot air to the district heating system. This extra facility power demand would damage the PUE figure, but Air Kurvi, then manager of the facility, told us that saving energy was more important than the best PUE score.

In the coming years, we heard about the heat reuse again, and in 2021, Yandex signed a power purchase agreement which would guarantee green energy for the facility for five years, by funding the construction of a wind farm, and switching its electricity provider from the grid utility Nivos to the renewable provider Ilmatar.

Yandex was incorporated in Amsterdam, and set to expand outside Russia, with schemes to offer cloud services from Germany announced in 2021, but there was a cloud hanging over all this.

In 2022, Russia launched a full-on invastion of Ukraine, but in fact it had been active there for years. Even before Yandex opened in Finland, in 2014, Russian forces had annexed the Crimean peninsula, and Russia was actively stirring a separatist war in Donbas. Sensing this unpopularity, Yandex took its logo down from the Mäntsälä facility in 2021.

The invasion took things to a new level, and drew in the online world more deeply. In 2021, Russia had passed laws outlawing certain online materials - and imposed a massive fine on Google for publishing information that was not from the official channels.

When forces moved in, Russia called it a "special military operation", presented a bizarre justification, and clamped down further on information about the situation in Ukraine.

The West responded with sanctions on Russian organizations and individuals with links to the Putin regime, and seized assets. Oligarch Roman Abramovich was obliged to sell Chelsea Football Club. Tech firms and others closed branches in Russia. There were even requests to cut off the Internet in Russia

Yandex was criticized because its blog platform and news service were essentially mouthpieces for the official Russian propaganda. To head off sanctions, the company let go of a senior executive with close Putin ties, and arranged to sell the media division to VK - which is more or less the Russian equivalent of Facebook

At the end of April, power to the Yandex facility in Mäntsälä was cut off. Since then, it has run on its own diesel generators.

Why the power cut?

Although this move was clearly related to the war in Ukraine, we don't actually know why the plug was pulled.

The grid provider Nivos said could no long provide power because its contract had run out, and Yandex apparently had no contract with Ilmatar. Yandex tells us that neither company is responding to its requests for power. And neither company has responded to our questions.

Yandex is not (yet) under sanctions from the European Union, so the power companies are not required to cut it off.

On the other hand, the EU does not have a universal service obligation (USO) which would force power companies to serve all businesses. There's a USO for domestic electricity, and some requirements for small businesses, but essentially it is up to the power company to provide power as it chooses.

However, as Ilmatar had a five-year agreement with Yandex, there could be potential for legal action in the absence of sanctions.

If Yandex sued, one imagines that courts would take some convincing to take its side - but that might explain the silence of the power firms.

Nivos CEO Marko Ahl has told other sources that his company would deliver power if Yandex got another contract -- but he's not rushing to offer power back on the terms Yandex had before its move to Ilmatar. "If they find a new electricity seller, the grid connection will be restored," he said.

And Ilmatar confirmed that Yandex was cut off, but declined to say more.

What about the heat?

But what is actually happening at the data center? It's a 40MW facility, which is currently running at a fraction of that capacity. We understand that workloads have been repatriated to Russia, and there must be a lot less external business with Yandex as commercial customers make efforts to boycott Russian businesses to limit funds going into the aggressor nation.

Given the expense of running on diesel, Yandex will be running the facility as little as it can - and that is having consequences for the district heating system.

When Russia's Yandex offered free district heatiung, the town should have looked that gift horse in the mouth.

Heat from the data center, even delivered at a low temperature, was able to provide 70 percent of the energy to surrounding houses when backed by heat pumps. Now, a lot of that heat is having to come from other sources.

And with a deep irony, many of those sources will be Russian.

Nivos has been speeding up efforts to get a wood pellet incinerator going, which would burn pellets from Sweden and Canada, but that can't be online till the end of 2022. So it's burning natural gas - from Russia. It's also burning recycled vegetable oil from Finnish firm Neste, but even that company gets some feedstock from Russia.

Who's in the right?

Despite its role delivering Russian propaganda, Yandex acts as the injured party, proferring its regrets that its green initiatives were being interrupted.

"We regret this situation which is a major setback to green initiatives in the country as it paves a way for more consumption of fossil fuels and also a major blow to Finland’s ambition of becoming a global data hub," a Yandex spokesperson said to us.

"We are devastated by this outcome, but we are doing everything in our power to renegotiate and find a new partner who can help us continue to do what we’ve been doing for seven years – providing services for our users while benefiting the local economy and community."

That hand-wringing doesn't change the underlying situation, however. If nothing else, the local community must be thinking that when Russia's Yandex offered free district heating, it should have looked that gift horse in the mouth.