The A to Z of Arc Flash 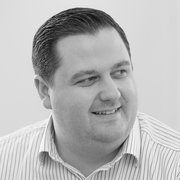 Do you know the risks of this secret killer?

Health and safety is of paramount importance for all workers, but those working in facilities with high voltage electricity, such as data centreers, face a secret killer. Anyone working with or around electricity can be impacted by an Arc Flash incident, yet much of the time little is known about these often fatal events.

In such an advanced, health and safety conscious world, it seems strange that a common risk could be overlooked. But it isn’t as a result of infrequency – the lack of awareness occurs due to incidents being wrongly identified as an electric shock.

This diagnosis is putting lives at risk up and down the country, not least as it fuels a false sense of security. The hard facts are that Arc Flash incidents are very frequent, making the risks very real. With this in mind, lets look at the key facts – from A to Z – that can keep you safe at work. 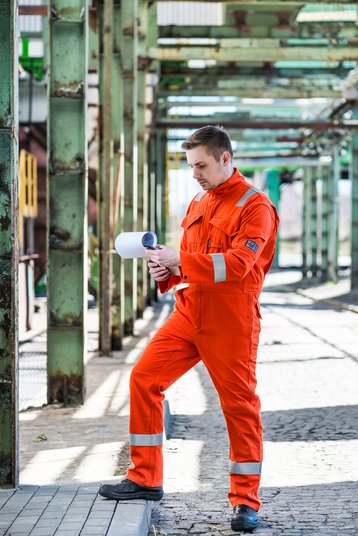 A is for Arc Flash

An Arc Flash occurs during a fault, or short circuit condition, which passes through an arc gap and can result in devastating results if the correct equipment isn’t being worn.

B is for Burns

An Arc Flash incident has the potential to burn an operative’s skin within fractions of a second, meaning PPE (personal protection equipment) really is the last line of defence for workers.

C is for Combustible Materials

The heat from an Arc Flash is hot enough to ignite nearby combustible materials, which may be meters away from the incident itself.

D is for Danger

An Arc Flash is high risk, high danger and can result in devastating consequences. Expelling large amounts of deadly energy, causing an ionization of the air, an Arc Flash can reach temperatures hotter than the surface of the sun!

E is for Electrodes

An Arc Flash is caused by an electric luminous bridge formed in a gap between two electrodes.

F is for Flame Retardant

While many might think flame retardant (FR) clothes (PPE) can also provide protection in an Arc Flash incident, there are in fact separate safety standards for Arc Flash clothing, which go further than the ones for fire resistance, meaning that the level of protection provided by flame retardant clothing does not match that of Arc Flash resistant PPE. Therefore, it’s essential to ensure your team is kitted out in Arc Flash PPE, rather than FR PPE.

G is for Garment

Arc Flash protection is found in specialist garments – everything from insulating warm Arc Flash base layers to Arc Flash waterproof jackets and trousers. Enhanced and effective protection comes through wearing layers of protective garments manufactured from inherent fibres which feature specific arc flash resilient components. If you don’t have the correct and quality garments, your protection levels will be compromised.

H is for High Temperatures

The high temperature caused by an Arc Flash can set fire to clothing and severely burn human skin in fractions of a second, and at a significant distance from the event.

IEC 61482 is a standard that covers PPE against the thermal dangers of an Arc Flash. Within this, the IEC 61482-2 standard covers various aspects of the garment design, and is a requirement for selling garments for Arc Flash PPE within the EU.

J is for Just Jackets?

It’s not just jackets that need to be considered when protecting against Arc Flash, overalls and trousers also need to be accounted for as part of Arc Flash protective PPE – workers may also require arc resistant underwear to provide further protection. This is due to the fact that everyday manufacturing materials can melt into skin even under PPE clothing, potentially causing severe burns.

K is for Knowledge

While awareness around the dangers of an Arc Flash incident is on the rise, a concerning number of people are still unclear on the hard facts. Many workers in the electrical industry aren’t clear on what Governmental guidelines provide guidance on how to work safely when Arc Flash is a threat, while 80 percent of those that were aware felt the guidelines were ambiguous.

L is for Legislation

With such drastic consequences, you would be forgiven for expecting that despite a lack of awareness, there would be strict legislation in place in order to protect the people working in these conditions. However, there are few appropriate protective measures to mitigate against it, leaving the UK workforce at often extreme risk.

M is for Molten Metals

Metal parts near the event of an Arc Flash can liquefy or vaporize. This means they will rapidly expand in volume as the metal changes state from a solid to vapor, resulting in explosive pressure and soundwaves.

N is for New Standard For Cal Ratings

This Summer, a new version of IEC 61482-1-1 was published, changing the way Arc Flash garments are tested. ELIM is a new method for calculating arc ratings. Previously, arc ratings have been calculated using a minimum of 20 data points. These data points are then used to create a prediction of the incident energy level at which there’s a 50% percent probability that the heat transfer will cause the material to break open and expose the operative, leaving them susceptible to serious injury and burns.

O is for Ouch!

An Arc Flash event may not be a daily occurrence in your business, but they are happening multiple times every working day in the UK. Risk assessment and precautions through safe working practices can be instigated by your company, and that will limit the possibility of a painful or even deadly Arc Flash incident.

P is for Pressure Wave

The pressure wave created during an Arc Flash can knock workers off balance, throwing them to the floor or even across a room onto equipment or against walls.

Q is for Quality PPE

Not all Arc Flash protective garments are manufactured equally. Whilst many garments meet minimum standards, it’s important to ensure that the level of protection and quality of PPE is sufficient to provide the protection the wearer needs. When lives are at stake, it’s essential that you invest in high quality and specialist expertise to ensure safety remains a number one priority. 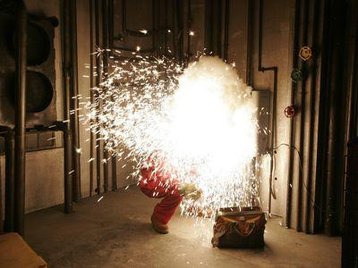 R is for Rehabilitation

Treatment for those that survive an incident can require years of skin grafts, hospital stays and rehabilitation – they may never recover sufficiently to regain their lifestyle, so it’s safe to say that wearing appropriate PPE is key when it comes to Arc Flash safety.

S is for Short Circuit

Arc Flashes can occur for several reasons, and their frequency is somewhat alarming. From being initiated through accidental contact or contamination, deterioration and corrosion of equipment, these are just a few of the many causes of an arc – making the risks higher than many first think.

T is for Thermal Energy

Flash protective clothing is designed to not only protect you from fire, but from the thermal energy generated by an Arc Flash, which can also cause external and internal burns. In fact, fabric used in Arc resistant garments must meet higher tear resistance and tensile strength than those used for fire-resistant clothing.

U is for Underrated Equipment

Using equipment that is underrated for the available short circuit current, is another one of the many ways an Arc Flash can occur.

VXS+ fabrics are a type of material used to manufacture Arc Flash garments, made from 100 percent inherent fibres, which provides enhanced protection, durability and comfort. VXS+ fabrics are manufactured with a combination of yarns which makes the garment inherently Flame Resistant and some of the most comfortable Arc Flash protective garments on the market. 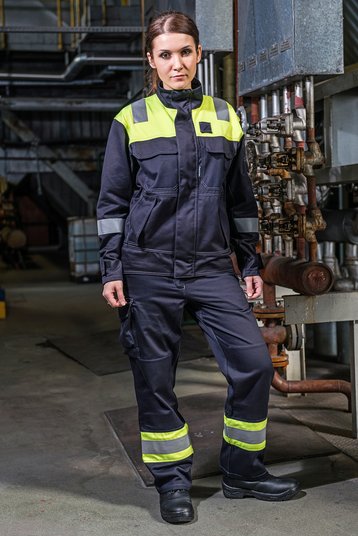 W is for Women’s Wear

Many women are often faced with wearing either unisex or men’s jackets, which are sizes too big and not suitably fitted, making them bulky and often uncomfortable to wear. While many may not realise it, these ill-fitting clothes hugely impact the level of protection. Uncomfortable and baggy jackets make it all too easy and tempting to roll up the sleeves or unfasten the jacket, which leaves areas of the body unprotected. Additionally, ill-fitting PPE makes it tempting to use an everyday belt to ensure a better fit, however these are vulnerable to catching fire or melting into the PPE should an Arc Flash event occur.

X is for Xtreme!

An Arc Flash can reach extreme temperatures of up to 35,000ºF, which is hotter than anything on earth, the extreme heat can instantly burn unprotected operatives, evening when situated five or six metres away from the Arc Flash event.

Y is for Your Protection

Z is for Zip