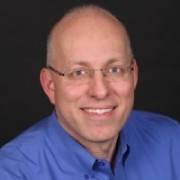 Christian is a seasoned Datacenter executive and is extremely well known across the industry for his many contributions. Currently, he is the general manager of DAD in Microsoft’s Cloud Operation and Innovation (CO+I) group. This group is responsible for developing breakthrough technologies in cooling, energy storage/generation, free space optics and cryogenics. From 2010 to 2018, he was responsible for leading datacenter development worldwide, which included operations, construction, server development, site selection, terrestrial/undersea network, advanced development & research, energy and sustainability.  The data center and network provide the foundational cloud infrastructure for over 200 Microsoft online and cloud services (including Azure) for consumers and businesses worldwide.

In 2010, Christian held the position of director of Hardware Architecture in the Extreme Computing Group at Microsoft Research where he managed the team that explored hardware opportunities related to the future of client plus cloud computing.

He joined Microsoft in 2007 as the Principal Infrastructure Architect for GFS to improve efficiency and cost in the company’s data center infrastructure. In this role, he drove initiatives for sustainability for the company and the infrastructure industry. He is also accredited with being one of the key architects for the company’s next generation modular data centers.  Prior to joining Microsoft, Christian was a Distinguished Technologist for HP where he was responsible for driving the technology direction of HP's server products and their environments, as well as industry data center initiatives. In addition, his earlier employers include Convex Computers (acquired by HP), Texas Instruments and IBM.

In 2010, SearchData named Christian as one of “5 People who changed the data center” industry and helped drive innovative thinking and quantitative benchmarking in the field. With over 130 US patents and many international patents, Christian is an ASME and IMAPS Fellow and a founding member of ASHRAE's TC9.9, which is responsible for developing data center guidelines. He was one of the early architects of the Green Grid where he has served on the board and as treasurer. He is credited for being the originator of the Power Usage Effectiveness (PUE) metric used to determine the energy efficiency of a data center which is now broadly used by the industry. Leveraging his PUE legacy, in 2011, he co-published two new metrics with the Green Grid – Water Utilization Effectiveness (WUE) and Carbon Usage Effectiveness (CUE) – that further enable data center operators to now quickly assess the three important aspects of sustainability in their data centers, compare the results, and determine if any energy efficiency and/or sustainability improvements need to be made. He has also worked closely with government agencies such as the Department of Energy and European Commission to define efficiency metrics for data centers and servers.  As a result of these efforts, Christian received the 2013 DatacenterDynamics “Outstanding Contribution to the Industry” Award. More recently in 2017, Christian also received the Datacloud Global “Data Center Though Leadership” Award in Monaco for his groundbreaking work with fuel cells.

Christian has published several dozen papers, is frequently quoted in the press, and is a featured keynote speaker on data center trends in the industry. Since the late 1990s, his publications have focused on data centers and the industry’s need for engineering efficient computing environments. Christian holds engineering degrees from Cornell University (BS) and Rensselaer Polytechnic Institute (MS) and a business degree from the University of Texas at Dallas (MA) where he was honored with the 2010 Distinguished Alumni Award.

Christian’s passion continues to be around transformational change.