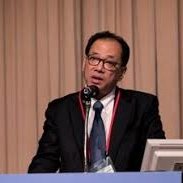 As Deputy Governor, Sutanto envisions Jakarta as a city with modern services which can compete with other developed cities. He emphasises that the smooth transportation of people and goods should be the comparative advantage of Jakarta in the future. To accomplish this, Jakarta should have a sound public transport system, a world class port and airport.