The population of India is set to overtake China in 2024, and data center operators are noticing

In response to questions from DCD, Singh, who began his career as a site engineer almost three decades ago explained that cloud giants tend to lease facilities in India due to regulations and complex processes for getting approval for their own facilities. And where a five megawatts (MW) or 10MW facility used to be considered large, hyperscale data centers of 30MW, 60MW or even a 100MW are now being built in the country, says Singh. 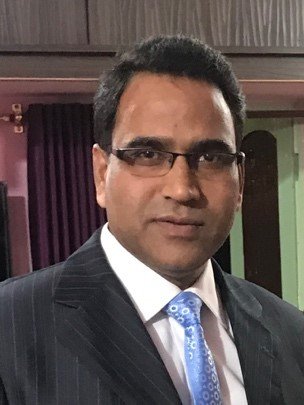 And no wonder: The second most populous country in the world has a surging population that is on track to overtake China around 2024, and has a correspondingly large 699 million Internet users to match. A significant part of the latter could well be attributed to the launch of the Digital India initiative in 2015. With a vision to transform India into a digitally empowered society and knowledge economy, the government had worked hard to connect rural areas to the Internet.

For now, the number of Internet users keeps growing - Google in 2018 claimed that roughly 10 million people were being added to the Internet every month across India. Unsurprisingly, the sheer numbers represent a huge growth opportunity. And the data center industry had taken notice.

From Japan’s NTT to UK’s Colt, and India’s own CtrlS and Airtel, colocation giants are either building or have built large, new data centers in the country, unencumbered by the kind of restrictions seen in China. Indeed, a 2017 report on the Indian data center market by 451 Research estimates that India’s colocation and hosting market will generate almost $2 billion in annual revenue by this year. 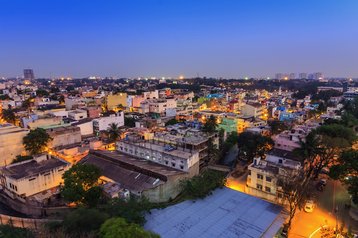 But can the country’s power infrastructure cope with the surge of hyperscale data centers? Fortunately, India has progressed significantly from its days where rolling power-cuts were commonplace and massive-scale power outages that span multiple states are known to happen. According to Singh, the government’s investments in renewable energy had significantly narrowed the supply-demand gap for power.

Indeed, a 2017 report on the New York Times called out the “astonishing turnaround” from the time when India was frantically building coal-fired power plants to stem the country’s power shortage, to a resurgence in renewable energy generation. The success was attributed to the changing economics of renewable energy and a growing environmental consciousness within the country.

“There has been tremendous improvement in power conditions. Cities that used to suffer power cuts of up to 8 hours, and remote rural locations where power was always lacking – are no longer experiencing them. Today, power is available to the remotest part of India. Everybody in the country has access to electricity,” said Singh.

This is not to say that the road to renewable energy is complete. One challenge that has yet to be resolved revolves around power distribution, says Singh. Currently, power transmission is handled through multiple power generation and power transmission firms in different states. Moreover, states may have different policies when it comes to power distribution, which makes accessing renewables a difficult and convoluted process- and sometimes an impossible one, for some data center operators.

Singh suggests that the state and commercial power companies will have to work together to give customers the flexibility they require. The growth of solar power plants continues apace in the meantime, with coal power plants gradually being shut down. While coal is still being used, especially in large cities such as Delhi, the eventual goal is a complete transition to renewable energy, he said.

Shaping up for the future

Renewable energy aside, are there ways that the data center industry in India can improve in energy efficiency and going green? According to Singh, much remains to be done, especially the establishment of a common standard for a green data center that goes beyond PUE and which has widespread recognition and acceptance in India.

“They go for Uptime accreditation to validate the reliability of their data centers and LEED certification for green buildings. But there’s no standard for green data centers,” he said. To advance the green agenda, he opined that some form of government initiative to reward or incentivize the construction of more efficient data centers will help.

And while enterprise customers are not disinterested in green data centers, colocation providers in India find themselves in a dilemma due to how they are currently evaluated on reliability. Singh explained: “When you [double down] on reliability, efficiency takes a hit. There is no combined standard that takes both reliability and efficiency into consideration.”

Fortunately, there may be some light at the end of the tunnel here. Singh says that the India Green Building Council (IGBC) had approached Uptime Institute and they are currently involved in drawing up a green standard for data centers. The standard isn’t ready yet but should be completed within the next year. The optional rating system, Singh hopes, will eventually gain in popularity as India colocation providers adopt it for their facilities.

The 9th annual DCD>Bangalore 2019 conference takes place on July 18th at Sheraton Grand Bangalore, bringing together 850+ senior experts in the data center and cloud infrastructure ecosystems. International experts and leading figures from India will be discussing how being energy smart and using sustainable infrastructure facilitate the growth of green data centers in India, and other key topics that enable the evolution of the country's IT infrastructure.