Campaigning to lead the EU

The Grand Duchy of Luxembourg has cloud-friendly laws and lots of Tier IV data centers. Can it become Europe’s new IT hub?

Luxembourg is a small, stable country strategically located in the heart of Europe. Apart from a wobble around 2008, when the world financial crisis disrupted its economy, it has been a haven of financial stability. It has a high standard of living, half of its 563,000 inhabitants are trilingual, and its coalition-driven centrist government wants to make it the data center destination for all foreign companies. So can it do it? Luxembourg’s government has taken a strategic view of IT and connectivity for the past few years – and it’s no empty public relations campaign. The country has fast broadband, and a media and IT industry with a modern legal and financial framework.

A government-owned and privately run company, LuxConnect, is speculatively building data centers. The most recent, DC1.3, has just been opened at the company’s Bettembourg Campus. 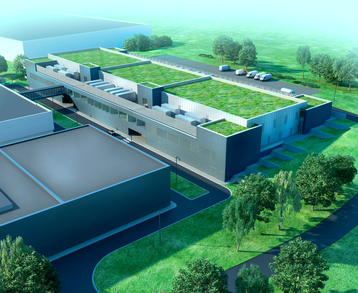 “We already have household brand names in our data center campuses – DC1.1 and DC1.2 – so building the new data center wasn’t a leap of faith,” says Claude Demuth, business development manager at LuxConnect.

Seven of Luxembourg’s 10 data centers are Tier IV design certified, with other certifications, including ISO 9000. DC1.2 has gone for the highest quality it could achieve, while still leaving openings for those companies that also transact with a Tier II data center rather than a Tier IV one.

Luxembourg’s laws were recently changed to make digital business easier, with a major update to the country’s Commercial Code (see box). Many companies welcomed Luxembourg’s change to its Commercial Code, among which is KPMG: “This legislative change mainly aims at making cloud computing, e-archiving and data center activities in Luxembourg more secure.”

The country is one of the first to offer cloud-friendly legislation with data reversibility, the protection of electronic transactions to PCI DSS level 1 and secure electronic archiving procedures.

We have a stable and very safe country, with a well-educated population, great transport links and low taxation. Our energy prices are lower than Amsterdam or France, and our Tier IV N2+ data centers cost less than a Tier III in our nearest rivals.

Security in Luxembourg’s data centers is particularly tight, boosted by the work of the Computer Incident Response Center, Luxembourg. Some security services are provided by the government, providing security as an infrastructure; for example, incident and response and early warning (BGP ranking) and Exchange of Indicators of Compromise (MISP).

For businesses prepared to collaborate with Luxembourg’s universities, there are direct opportunities for companies to outsource research. Luxembourg already hosts a large number of international brands, these include PayPal, Mangopay, eBay, iTunes, Amazon.com, Rakuten, Huawei, Skype, Vodafone, eSante, Barnes & Noble and many more.

There are more than 28 different fiber routes to Luxembourg, including eight Tier I carriers, among which are AT&T, BT, Cogent, Level3, NTT Communications and Verizon. There are direct low-latency circuits, from Luxembourg to Brussels (3.5ms), Frankfurt (4.5ms), Kehl, Saarbrücken, Amsterdam (6ms), Paris (4.8 ms), Strasbourg (4.8ms), London (8ms) and Slough.

“We are convinced that Luxembourg can provide a stable, innovative and agile platform for the most ambitious of companies, particularly those entering the EMEA market for the first time,” says Demuth. “London, Amsterdam and Frankfurt are great cities, but we can provide the highest-quality data centers and interconnects for every industry.” 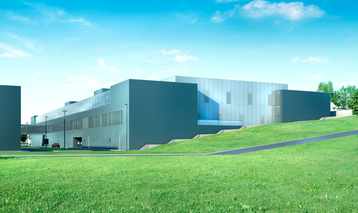 Another area where Luxembourg scores well is the reliability of its power supplies. The average outage per year is 10 minutes, making it number one in Europe, compared with the UK’s 68 minutes and Italy’s 132.

“Luxembourg has to try harder than other data center locations,” says Demuth. “We have the highest concentration of Tier IV facilities in Europe. However, we saw the need for advanced Tier IV facilities housed in the same building as Tier II facilities, therefore we provide an almost unique mixture of both, side by side in the data center.”

The same applies to the cost of grid energy, which is lower only in Montenegro, Kosovo and Bosnia. All of Luxembourg’s data centers run on renewable energy, but some are much greener than others.

Tom Kettels, senior ICT advisor to the Luxembourg government, says: “We are a small country but located in the heart of Europe, with a well-educated, multilingual workforce. We also have a high volume of commuters, approximately 170,000 per day, or 45 percent of the workforce, who come in daily from Belgium, Germany and France. We therefore have an extensive pool of IT talent to draw on – 46 percent of the population are of foreign origin.”

Now the question is, why would an American company looking for a European base choose Luxembourg over London, Amsterdam or Frankfurt? Kettels says: “We have a stable and very safe country, with a well-educated population, great transport links, low taxation fixed for three years for incoming companies, and great universities that form an innovative IT hub. Our energy prices are lower than Amsterdam or France, and the total cost of ownership of one of our Tier IV N2+ data centers is less than an equivalent Tier III in any of our nearest rivals.”

The question of latency is one that is often asked, but latency will only be a problem if you need to do high volumes of high-speed trading. For all other jobs latency is well within limits. The only other problem would be if you had to store and retrieve large amounts of data from abroad, and bandwidth charges may become an issue unless you owned your own interconnect.

Vincent Koller, partner and head of management consulting at KPMG Luxembourg, says: “We carried out the first IT outsourcing study for the financial and insurance industries in Luxembourg, IT Outsourcing Provider Study, and it was quite clear that Luxembourg has many strong advantages over other traditional European destinations. It has the lowest corporate tax rate in the EU, ultra-high bandwidth and connectivity via direct fiber connections to all the main EU hubs, and extremely low latency.” Maybe Luxembourg just has to shout a bit louder to get its message across.

This article appeared in the November 2015 issue of DatacenterDynamics magazine.

Recent changes to Luxembourg’s Commercial Code are intended to ensure that if a provider of distance IT services or cloud computing goes bankrupt, its customers are allowed to recover their stored data. It also demands that data confidentiality is kept in these cases.

The new Code gives a right to claim back intangible and freely exchangeable movable assets from a bankrupt company, and data in particular, as long as:

The law also states that the claimant companies are responsible for the related data recovery costs.