DCD>Webscale: Dysfunctional businesses and the reality of transformation

“Not all companies are doing great, most are doing so-so.”

Jason Hoffman, CEO of MobiledgeX, Deutsche Telekom’s edge computing subsidiary, thinks that it’s time to be realistic about where businesses are, what they are capable of, and how much innovation we can really expect from enterprises that are often deeply flawed.

With high staff turnaround, legacy equipment and layers of outsourcing, clarity and vision is in short supply. And yet the industry is enamoured with the ill-defined, but in-vogue, term of ‘digital transformation.’

With a background in the pharmaceutical industry, Hoffman is reminded of the fact that “in medical science, transformation is only really used to talk about the transformation of a normal cell turning into a cancer cell.” As he told a panel at DCD>Webscale in San Francisco, when he hears digital transformation, he thinks of digital cancer. 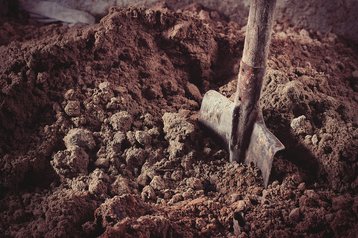 “Does anyone stay in their job long enough to do a three, five or seven years worth transformation?” Hoffman asked. “The average lifespan tends to be 18-24 months. Each person that comes in always tries something different than the predecessor, because that person was clearly replaced for a reason.”

With this is mind selling to this space can be a challenge. “Maybe you sit down and say it’s okay to be selling the equivalent of insurance.

“Candidly, I see a lot of things where, like Fusion-io, when it was new I looked at it and said ‘I don’t understand why anybody would ever buy this,’ a bunch of people bought it. Look at the rash of stuff that came out like a Nutanix and a Cohesity, look at those two companies - I don’t understand why anybody would ever need these two things, but it turns out a lot of people do.”

“So it’s one of those things where we should say that maybe it is dysfunctional, maybe people aren’t going to do a good job of it, maybe nobody stays in their jobs long enough, maybe it is sort of a big pile of shit at best, so I am going to be in the shit shovel selling business. Sell shit shovels - it’s okay to own that.”

Hoffman believes that the industry often “oversells this idea that everything has got to be brand new, innovative, awesome.”

Instead, “it could well be that 80/90 percent of what’s happening in this space is not being done well. You end up with these things where it doesn’t always meet the reality of the legacy you sit in. I see this a lot in the telco space - this part is the intersection of six acquisitions, and it is what it is, and I need stuff to deal with what it is. And you need products that deal with the reality of what it is.”

From the pharmaceutical industry, Hoffman went on to found cloud company Joyent, and work a long stint at Ericsson, among others, so he has experienced what that reality is.

“Having sat in on these things, you see people say ‘our ERP system is this big customized, SAP thing, doing 32 queries per second, running on 92 HP Superdomes, costing a $100m a year, managed by an outsourced crew nine timezones away.’

”They ask: ’Hey can you fix this?’ Well what’s broken about it? I’m sorry that it takes 92 Superdomes to do 32 queries on your ERP system, but what, you want to digitally transform?