Do we curb demand - or feed it?

A lot of people are asking if data centers use too much energy. The real issue is bigger: Can data centers and the energy supply industry work together to deliver electricity and online services which meet our needs… without costing the earth?

Ten years ago, a report from Lawrence Berkeley National Laboratory (LBNL) warned that data center power usage was out of control. Last year an updated report found that energy use by US data centers has actually leveled off. But there is a lot more to the story than that, according to senior executives from both the data center and the power industries, who gathered for DCD’s first Energy Smart Summit in San Francisco in June.

Online services are expanding and developing rapidly, making data centers a fundamental part of the infrastructure supporting human society. According to Jim Connaughton, a former presidential environmental adviser now working for Nautilus Data Technologies: “They are the foundation of the new economy.”

The IT equipment is replaced every three to five years, and the cloud applications running on it can have a lifetime of months. This Protean package ironically depends on a much less flexible life support system: the electricity grid.

“Energy investments are intrinsically generational in length, or you can never make them pay for themselves,” explained Don Paul of the University of Southern California Energy Institute. “But the digital world, which is wrapped around that now, like two strands of DNA, is cycling around at ten times the rate.”

But regardless of the timescales, there are big changes happening in both worlds, which have an impact on the way both services are delivered. Energy grids are moving (unevenly) towards renewable sources. And data centers are changing the way they handle reliability. Both of these changes are interlocking.

It seems that while we may want to curb the data center sector’s energy demands, their very size could actually help the utility sector in its move to renewables, by being good, and very large – and demanding – customers.

Gary Demasi, Google’s director of data center energy and location strategy, said: “We have always locked horns with the utilities. They are not structured to deliver us the product that we want, and we’ve really got to challenge that. We’ve been successful, but it’s been a very rocky road and we’ve had to do a lot of what I would consider to be unnatural things.”

At first, Google found utilities reluctant to sell it renewable energy, but as a champion of power purchase agreements, Google is now the world’s largest renewable power customer.

In Nevada, Switch helped change state policy so renewable power contracts are available to all, because it has purchasing muscle, according to Adam Kramer, vice president of strategy: “In 2016, in Las Vegas, Switch accounted for the entire growth in a large rate class which includes a lot of casinos. The growth rate was one percent.” 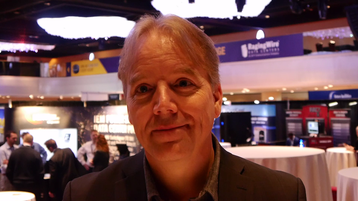 “We are the utilities’ best customers, because we are have a consistent baseline of demand,” pointed out Dean Nelson, head of Uber Compute and founder of Infrastructure Masons. “That demand is going to increase which will help stabilize the demand for the grid.”

Connaughton believes “it’s perfectly ok to have growth. If data centers had more demand, we could actually refurbish some of the sagging infrastructure faster, because there’s more money flowing to the utilities.”

Beyond that, data centers have backup power systems, which could be used to help the grid out, perhaps by using them so data centers can power themselves at peak times in so-called “demand response” schemes. Data centers could in this way effectively “erase themselves from the grid” at critical moments, said David Murray president of distribution at Hydro-Quebec, Canada’s largest utility. Alternatively, they could even sometimes contribute power from their backup sources to the grid.

There is “a dire need for energy efficiency to be married with demand response,” according to Priscilla Johnson, data center water and energy strategist at utility PG&E.

The idea of sharing precious backup systems has usually been anathema to data center operators focused on delivering a reliable service, but that could change, if they deliver reliability in different ways, according to Peter Gross, vice president of mission critical systems at fuel cell vendor Bloom Energy.

“Historically there was always a buffer between the utility and the server,” said Gross. “We had this very complex infrastructure support system consisting of UPSs and generators and transfer switches. It was expensive but resiliency and reliability drove pretty much every decision in the design and operation of data centers.”

Things are different in 2017, where the cloud is increasingly using a “distributed resiliency” concept where the reliability of individual data centers is not quite so vital, he said.

So is everything going smoothly? Don Paul isn’t so sure. The leveling of data center energy demands found by LBNL could just be a temporary hiatus caused by a period when efficiency gains canceled out the uncontrolled growth in digital demand.

Energy demand will rise again, he says, “unless the efficiency per byte continues to have dramatic changes,” said Paul.

The demand for digital services is limitless – as long as they appear to be free, said Nelson: “We’re not going to change human behavior.”

Gamification might be one approach to try to change behavior, said Dr Julie Albright of USC’s department of applied psychology. Utilities could feed energy usage figures back to consumers and apply social pressures so they compete with friends to use less. “We could make it fun,” she said, “though the word ‘fun’ and the word ‘utility’ in the same sentence could be a problem.”

David Rinard of Equinix agreed, taking us back to the culture clash between utilities and tech. The tech world makes easy to use smartphones, while the tools provided by utilities are “not of the same consumer grade quality. They are not intuitive and easy to use. They are not something you would find at Best Buy.”

In the end, data center operators may have to change people’s behavior, rather than themselves.

Our next Energy Smart roundtable will be held this November at DCD Zettastructure, featuring speakers from Google, Statkraft, Tesla, Yahoo! and more. Find out more here.