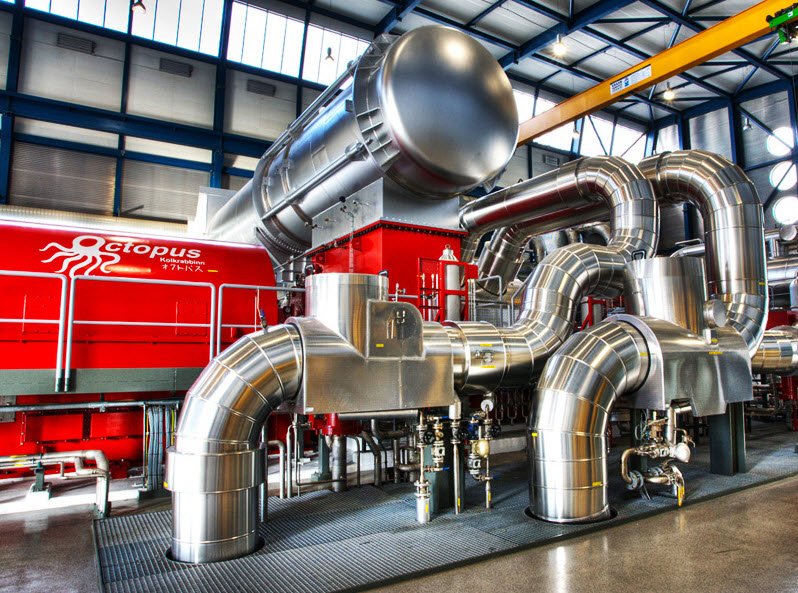 Along with free air cooling, the top attraction for data centers in Iceland is inexpensive power. While most of the power available in the country is from hydroelectric dams, Iceland is also home to some of the largest geothermal plants in the world.

Any data center operator needs a good understanding of the source of the power used in the facilities. Among the top concerns are reliability, long term stability and price, along with environmental impact. With this in mind, on my most recent visit to the country, I took the opportunity to visit two geothermal facilities, Hellisheiði power station, one of the world’s largest and, Svartsengi Power Station, operated by the only privately owned power producer in the country and one that has managed to turn the byproducts of power generation into a number of cottage industries. 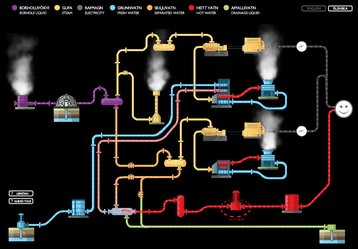 In Iceland, the production of geothermal energy begins in a very familiar way: drilling. But instead of drilling for a fossil fuel the energy firms drill for underground water which, due to the active volcanism of the island, is heated to between 225°C and 400°C. Boreholes are drilled as deep as 2200 meters, and the horizontal drilling expands the range of each borehole.

Depending upon the power plant, the boreholes may supply exclusively steam, or steam and water. The steam is used to power turbines, at both low and high pressure, to generate electricity. Hot water is also produced, either from condensing the turnbine steam, or direct from the borehole, and this is piped into the Reykjanes and Reykjavik areas to provide 90 percent of the heating and hot water needs of the population.

With a total output of 303MW, the Hellisheiði power station is the third largest geothermal power generation plant in the world and the largest in Iceland. It uses six high pressure, 45MW turbines and a single 33MW low pressure steam turbine. The hot water plant, in service since 2010, produces 650 l/sec of 83°C hot water, which is piped into the Reykjavik area through the simple expedient of gravity, as the power plant itself is at a much high elevation than the populated parts of the area.

There are 50 high temperature boreholes, with 33 currently connected to the power plant, producing steam that is at 280°C-380°C. The boreholes range from 100 meters to 2200 meters deep and make use of horizontal drilling in order to provide the greatest versatility to the drill sites.

There are other parallel stages to the process that deal with liquid contaminants, fresh water acquisition, and returning fluid to the bedrock, but this is the basic production cycle. A detailed animation describing the process can be found here.

The Hellisheiði Power Station is owned by ON Power (Orka náttúrunnar) a subsidiary of Reykjavik Energy that was created when the power industry in Iceland was required to deregulate. The parent company is owned by the regional towns of Reykjavik, Akranes, and Borgarnes, with the forced deregulation effectively getting the government out of the power business, at least as a direct player. ON Power also owns and operates the smaller Nesjavellir Geothermal Plant and Andakílsárvirkjun hydrostastion.

The Svartsengi Power Station is one of two Icelandic power stations owned and operated by HS Orka HF, the Icelandic subsidiary of Canadian power company Alterra, which currently operates three power plants in Canada, where it is also building a fourth. The data center community may be familiar with Alterra, as it is also building a wind farm in conjunction with Facebook in Texas,

Svartsengi was built in six stages, starting in 1976 with the final stage going online in 2007. Total energy output of the plant is 75MW plus the hot water supply for the local district (Reykjanes). There are 13 production boreholes connected to the plant, five of which are shallow dry steam wells, with the remaining eight holes producing a mixture of steam and brine. The steam drives ten turbine-generator units, primarily low pressure systems.

The Svartsengi power production process not only includes steam to drive turbines and hot water for heating and drinking but also various other uses for every byproduct of the production process. One of these byproducts is the Blue Lagoon, which was named one of twenty-five wonders of the world by the magazine National Geographic.

The lagoon is a mineral bath that uses brine from the geothermal boreholes, and is known for the unique combination of chemicals and microbiological algae that has proven effective in the treatment of certain skin conditions. In 2014, the spa received almost 800,000 visitors (two and a half times the entire population of Iceland) which make Svartsengi one of the most visited power stations in the world. The power station campus also houses an R&R facility dedicated to developing health care products based on the unique mud and algae found on their site.

The Svartsengi power plant also remotely operates a facility called Reykjanesvirkjun, which runs two high pressure 50MW steam turbines that are cooled by seawater, the only plant of its kind in Iceland. This facility generates power only and does not supply hot water to any location, unlike the other geothermal plants in Iceland. 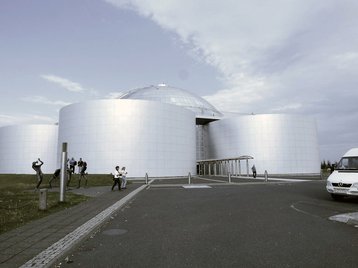 Iceland has an abundance of cheap electricity, and a small population, that successive efforts have been made to find a use for a resource that cannot be easily exported. The country already hosts large aluminum smelting operations, which use large amounts of electrical energy to purify raw materials brought in from elsewhere in the world, but data centers look like another way to turn local power into an international resource, assuming they can overcome the drawback of the country’s remote location.

So far data centers are only beginning to use small amounts of the power available, but there cloud be even more potential than appears on the surface. Executives and operators at both power plants spoke of the importance of renewable, environmentally friendly power production and made the point that the power production capability of the island could be greatly expanded with very little environmental impact.